Changing the icon theme on Ubuntu is an easy way to give your desktop a new look and feel. In this post we show you how to install Papirus icons on Ubuntu from a PPA.

Why use the Papirus icon set? Because it’s good — in fact, it’s one of the best icon themes for Ubuntu not to mention other Linux distros like Linux Mint, Zorin OS, and Manjaro. Thousands of users use this set, and several Linux distributions ship it as their default.

What makes this impeccably well-made pack so popular is that is contains more than 1,000 individual app icons — and growing thanks to regular updates.

This full breadth of coverage includes cleverly-designed glyphs for a crop of the best Ubuntu apps, including Mozilla Firefox, Google Chrome, and VLC. Indie apps, Steam games, and even Windows software run through Wine is also supported.

Visually Papirus icons use a playful palette of bold colours and simple shapes. These combined with a subtle raised edge to give Papirus icons a semi-3D look that doesn’t feel in hock to the modern trend for super-flat design, but doesn’t ignore it either.

Overall, the Papirus icon theme is as comprehensive as icon sets can get. It eschews a boxy rigidity in favour of free forms and shapes, delivering glyphs that look distinct yet maintain a consistent look and feel overall. it’s definitely worth trying.

Since the Papirus icon theme is designed to work with GNOME Shell, Cinnamon, Xfce, and other GTK+ based desktop environments (though a version for KDE users is also available but is less frequently updated) there are a number of ways to install it.

To install the latest version of Papirus icons on Ubuntu 18.04 LTS (or above) add the official Papirus PPA to your list of software sources.

To do this, run this command in a new Terminal window:

Then run this command to install the Paprius icon set:

Once the Paprius icon theme is installed you can go ahead and change your icon theme.

How to do that?

On Ubuntu you can install the Tweaks app from the Ubuntu Software app. Then, open the app and, go to the the appearance > icons section, then pick the ‘Papirus’ icon pack. Icon changes in Ubuntu take effect immediately. 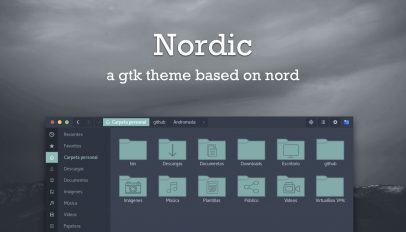