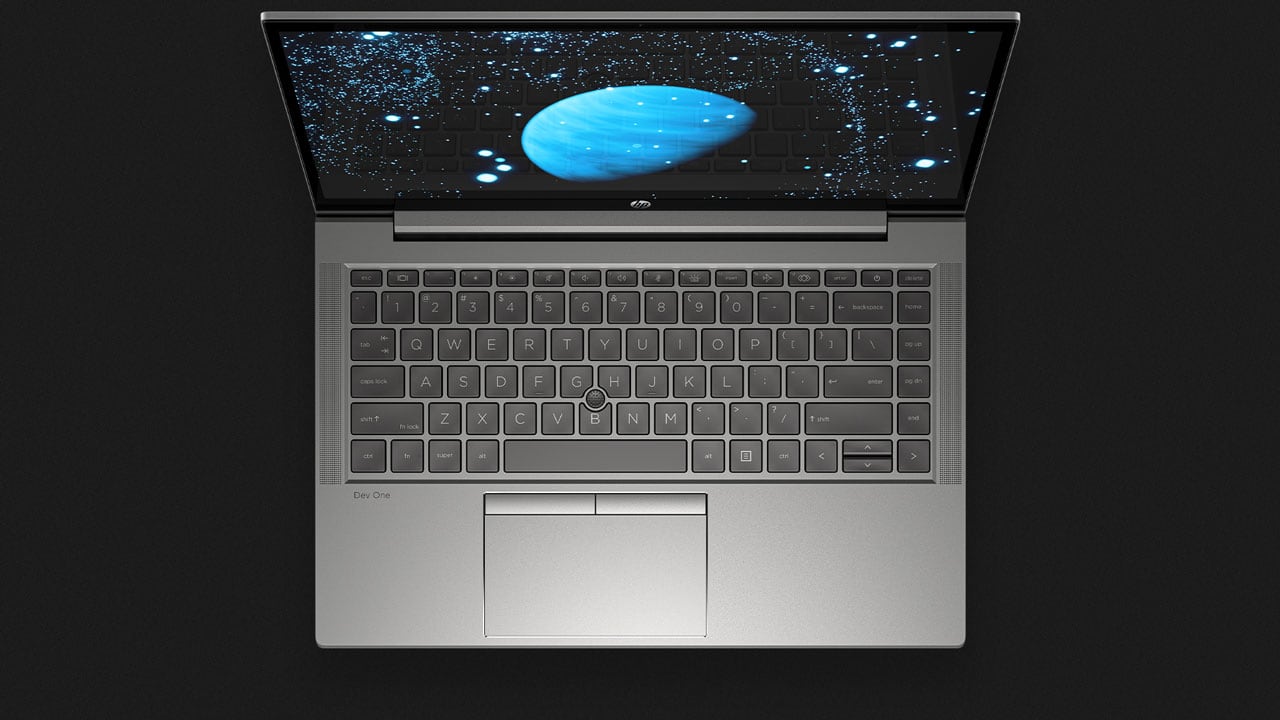 HP is taking orders for the HP Dev One, its first developer-focused laptop preloaded with the Ubuntu-based Pop!_OS Linux distribution.

Shocked? Don’t be. We learned of this device’s existence last month when System76 CEO Carl Richell dropped mention of it on his Twitter, proper casual like. Reaction from Pop fans was understandably effusive, with folks wanting to learn the salient what, why’s, how’s and where’s.

And today we got ’em!

HP say the HP Dev One “empowers developers to create their ideal work experience with multiple tools to help them perform tasks at peak efficiency”.

How? By coming pre-loaded with Pop!_OS and its “Cosmic” desktop experience. This offers easy-access to tiling window features, thousands of Flatpak apps through the Pop Shop, and more frequent kernel and graphic driver updates than those running regular Ubuntu get. 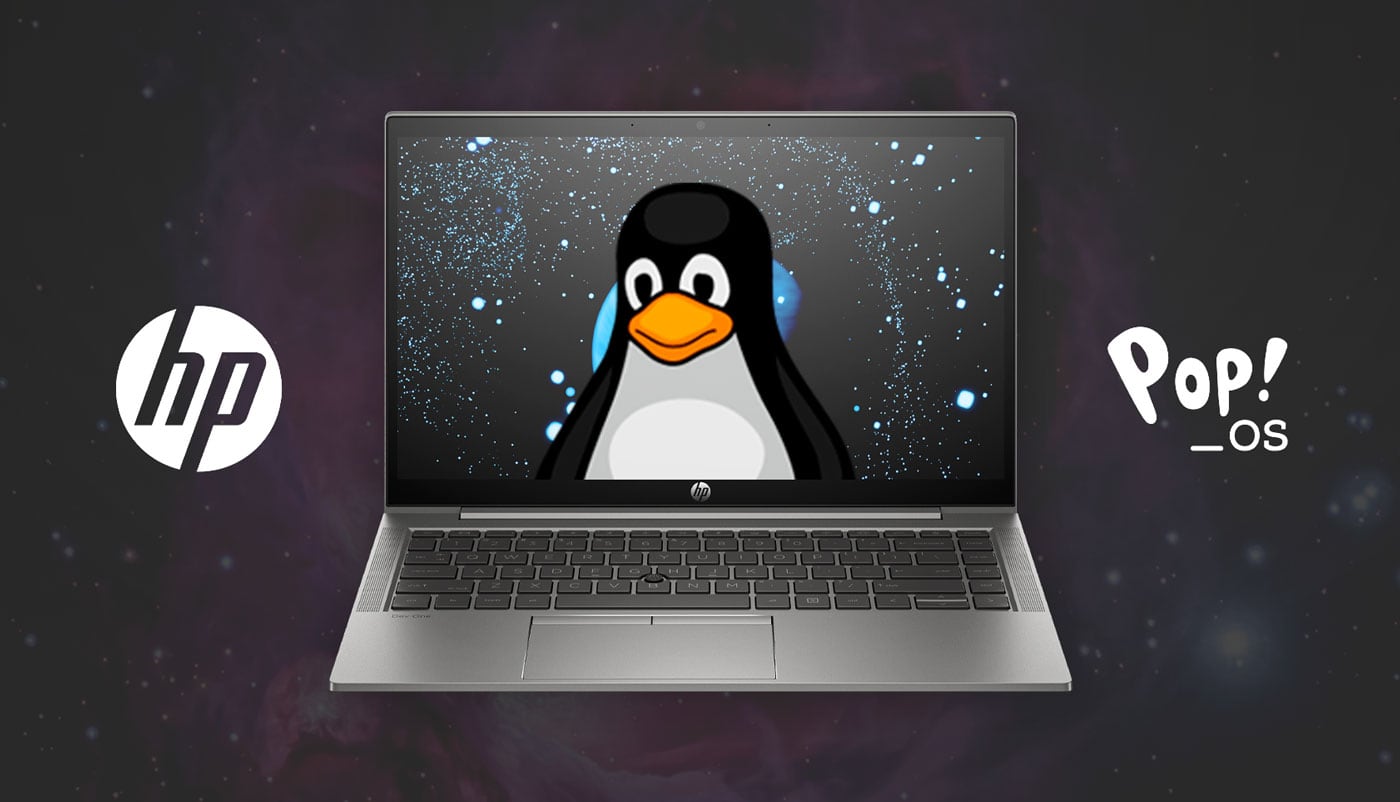 Physically, the HP Dev One is based on the HP EliteBook 845 G8 but it’s not identical. This spin comes without Windows, lacks the premium branded speaker tech (which I often feel is a gimmick anyway), and —mercifully— has none of the extra “software” HP like to saddle their Windows laptops with.

If you can look past a slightly underwhelming 14-inch 1920×1080 display — saving grace is the brightness: 1000 nits — you’ll find plenty of power inside the unit.

The HP Dev One is powered by an AMD Ryzen 7 PRO. This is an 8-core chip with 16 threads that tops-out at 4.4GHz – more than enough to shoulder the most demanding dev workloads.

Also speedy is the storage. The HP Dev One comes with 1TB of NVMe M.2 SSD with sequential transfer speeds of up to 3GB/s. This is the only storage as there’s no SD card slot, or a secondary SSD bay.

Other aspects of the new laptop include 16GB of DDR4 RAM non-soldered in 2 slots of 8GB a piece. Memory is user-upgradeable up to a max of 64GB so while you can’t configure it pre-order there’s plenty of scope for post-purchase upgrades.

Physically the HP Dev One sits within a precision-crafted machined aluminium (CNC) chassis weighing 3.24 pounds (roughly 1.4Kg). A backlit and spill-resistant keyboard with vendor-neutral super key and built-in ‘Point Stick™’ as standard (on the EliteBook series these are paid upgrades). There’s also a roomy multi-touch touchpad with glass clickpad offset from the center (!).

Surprisingly good — according to HP, anyway.

They sat the 3-Cell 53Wh (not removable) battery provides up to 12 hours of battery life. This should mean most Dev One owners squeeze a day’s worth of computing out of it, maybe a bit more with some conscientious computing.

And when it’s empty the laptop will charge to 50 percent power in 30 minutes when charged using the supplied 65-watt charger — nice!

Other features include Realtek RTL8822CE Wi-Fi with BlueTooth 5; a pair of USB Type-C ports (both supporting power and DisplayPort 1.4 for video); a pair of standard USB-A ports, 3.5mm headphone jack, and an AC barrel jack. No SD card, though.

“System76 is thrilled to work with HP to advance open source and bring the Linux desktop to a much wider audience,” System76’s CEO is quoted as saying.

“By bringing together our engineering, marketing, and customer support, System76 with HP are introducing HP Dev One to combine powerful hardware with optimized Pop!_OS for the app dev community.”

Buy the HP Dev One

HP Dev One is available to pre-order from today in the US only. The HP Dev One is priced from $1,099, excluding shipping and any other applicable fees.

All the details you need (and probably a few you don’t) over on the HP Dev One minisite. 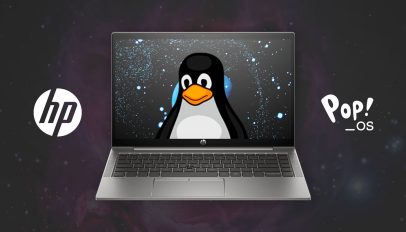 HP Team Up With System76 for New Linux Laptop
Read Next