I think most of us can agree that the Firefox Snap included in Ubuntu 22.04 LTS doesn’t start up nearly as fast as it could (or arguably should).

Now, Canonical wants us to know that — and it wants us know that it’s doing something to fix it.

Canonical’s Oliver Smith runs through the current causes of slow cold startup times in a blog post, and details some of the steps its engineers are taking to improve the situation. Oliver also spends a bit of time setting out the stall for why Firefox is now a Snap app in Ubuntu, and why, overall, a Snap is inherently better for most of us using Ubuntu.

Oliver explains that the “[Firefox Snap has] trade-offs when it comes to performance, most notably in Firefox’s first launch after a system reboot. A part of this is due to the inherent nature of sandboxing, however we feel there is still significant opportunity to improve start-up times across the board.”

The four main causes of slow startups times are identified as:

These are the issues that affect ‘cold start’ boot times for the Firefox Snap. These tend to be the slowest, and is the one most of us notice – I poked a bit of fun at the lethargic launch in my Ubuntu 22.04 LTS release video.

The plan is to focus on improving these areas — indeed, a few fixes are already shuffling down the pipes as you read this.

But if you were hoping to hear there’s going to be a finger-snap, instant do-over that magically solves all of these issues right away …Alas! Real progress is going take time.

Rather than the Firefox Snap getting a single super-duper, performance boosting update overnight we’re set to get a series of smaller boosts, incrementally, as each area of possible improvement is identified, tweaked, and rolled out.

In the meantime, Oliver recommends that anyone concerned about the issue (and keen to help improve it) measure Firefox startup times using the app startup timer GNOME extension I wrote about earlier this week (which, incidentally, I caught flack from ardent Snap-vocates for suggesting) and reporting them to developers via the a dedicated Discourse thread.

In short, a faster Firefox Snap experience is coming. Regardless of the arguments for or against Snaps — and by this point I think most of us have heard them all — the Firefox Snap is Ubuntu’s default and a faster first-run impression for such a crucial piece of software is something we all agree Ubuntu should improve. 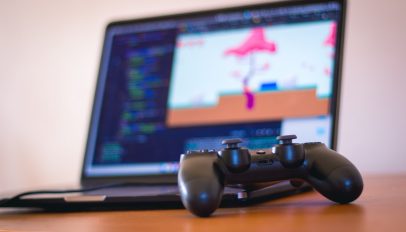 Canonical is Recruiting Devs for ‘Ubuntu Gaming’ Team
Read Next