Zotero 6 is billed by its developers as the “biggest upgrade in Zotero’s history”. What makes it so substantial? An array of new features plus an entirely new way of working with PDF files and notes.

Now, l should mention straight up that Zotero is not a tool I’m familiar with. When I last wrote an essay Windows XP was cutting edge (okay, I’m not that old, but you you get the point 😆).

But Zotero is popular with students, educators, and those in research roles — and for good reason. This tool makes it easy to maintain, catalogue, and reference citations, bibliographies, research materials, footnotes, and more.

While 3rd-party plugins extend, expose, and/or integrate Zotero’s functionality with other apps, including word processors like LibreOffice and Google Docs.

Now, a new batch of features stand to make this free, open source tool even better for collecting and organising research sources:

“Together with Zotero’s powerful saving abilities and word processor plugins, Zotero can now help you with the entire path from an interesting item online to a cited quote in your final document,” explains the official release announcement.

For improved cross-device life these new PDF reader features can sync with the also-new Zotero iOS app. This lets you make/take notes on the go (including with the Apple Pencil) and then pull them in when back working at your laptop or PC.

For more details see the Zotero 6.0 release announcement and change-log.

Zotero is free, open source software available for macOS, Windows, and Linux (including 32-bit) as well as iOS, as of this release. You can download the latest release from the Zotero website.

Existing users can update to the latest release of Zotero in-app, using the ‘check for updates’ feature. 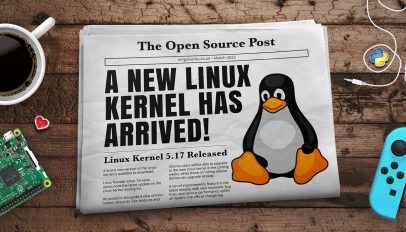 Linux Kernel 5.17 Released, This is What’s New
Read Next