For those who haven’t looked at a calendar in a while, January 20th is today. Assuming you haven’t already, now is the time to start thinking about upgrade paths or alternative distro choices.

Released last April, Ubuntu 21.04 received nine months of support from release. As of January 20 Ubuntu 21.04 will get nothing: no further kernel patches, no critical security fixes, and no further app updates though the standard Ubuntu repos.

Now, I imagine most people have already made the upgrade to Ubuntu 21.10. It’s been out for around 3 months and is, by this point, stable enough to migrate to.

Those who haven’t upgraded to Impish yet have plenty of compelling reasons to do so. Last October’s release offers the new GNOME 40 desktop, a new ‘light’ look by default, plus a refreshed set of software, tools, and development libraries. It also introduces a Firefox Snap by default.

For more detail on Ubuntu 21.10 affix your eyeballs to the overview video we made to introduce the release:

And if you look at all that and still think; “Eh, not for me” then there are tons of excellent Linux distros and alternative desktops out there waiting for you to try them. If you need ideas, check out my pick of the best Linux distros from 2021. 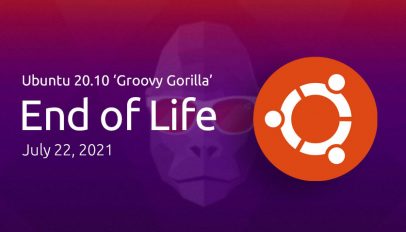 Ubuntu 20.10 Supports Ended – You Must Upgrade Soon!
Read Next