I didn’t want to write about this change quite so soon as a) it’s not finished or final and b) the code hasn’t landed in Ubuntu 22.04 daily builds yet. However, people have noticed and I don’t want to look like I’m behind 💁🏻‍♂️.

So, you may remember that last cycle Ubuntu’s community-based design team were instructed to remove purple (aka aubergine) from the Yaru GTK theme (as it is being dropped from the Ubuntu colour palette). While the great ‘de-purpling’ task didn’t end up happening in time for Indri it does appear to be happening for Jammy.

This means aubergine is being replaced with orange throughout the Yaru GTK theme and the companion icon set.

Here’s how things look in the latest development build of the Yaru GTK theme, taken by contributor
Frederik Feichtmeier:

Doesn’t look as big of a change as it sounds, does it?

Eh, it’s pretty orange but more than bearable. I can learn to love it.

OMG, that is zesty!

If you’re not a big fan of orange — judging by the reaction to our now-reversed site change, you aren’t — you might find Jammy a bit extreme on the ol’ visual front.

One motivator for switching aubergine accents to orange is the introduction libadwaita. I won’t dive into the controversy of what libadwaita is or isn’t, whether it’s good or bad, etc — there’s a lot of misunderstanding around it. That said, it’s arrival will, at face value, limit Ubuntu to a single accent colour rather than several, as at present.

And that accent colour will be orange.

Could this change be reversed or reverted before April 2022? Absolutely! So if you’re not a fan you don’t need to grab a pitchfork — at least not just yet.

And even if it’s not reversed, remember: themes can be changed. You’re not stuck with this look. Ubuntu comes with regular Adwaita GTK theme (which looks far less gaudy), which is very easy to enable. 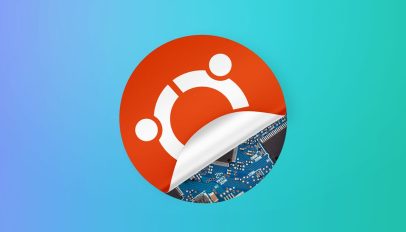 Ubuntu is Building a New Firmware Updater App
Read Next