Having gifted gamers and AMD enthusiasts the aptly named Slimbook Titan earlier in the year, Spanish hardware company Slimbook has turned its attention to professionals with the launch of a lightweight ultrabook that’s big on power. 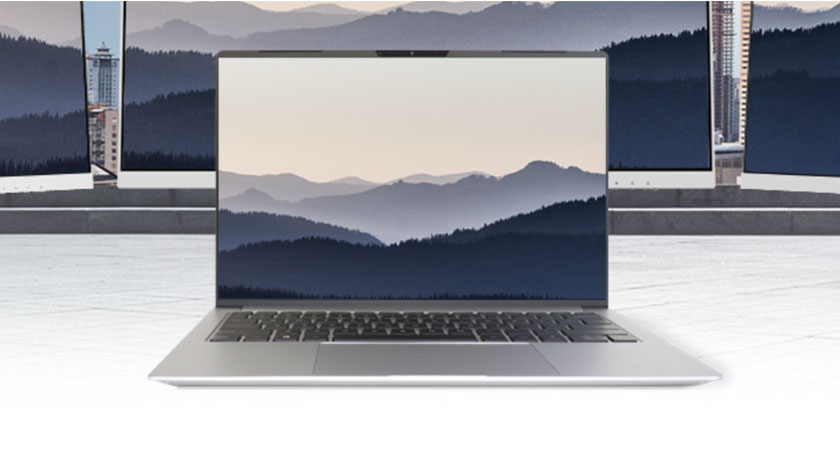 It’s time for appointment with the Slimbook Executive.

Now, as names go the ‘Slimbook Executive’ makes me think of the 1980s — beige PCs, shoulder pads, leatherette diary organisers, and a veritable Ozone of hairspray.

But the Executive‘s specs are anything but dated — though they will be a touch familiar if you read our article on the TUXEDO InfinityBook last month.

The anti-glare screen’s 90 Hz refresh rate, 99% sRGB coverage, and contrast ratio of 1500:1 make it as well suited to creative tasks as power lunches and number crunching.

Since the chip has a configurable TDP Ubuntu’s built in power mode settings will allow you to change performance mode on the fly.

While this isn’t pitched as gaming laptop the integrated Intel Xe graphics isn’t exactly a slouch – it’s capable of powering up to three 4k displays at once, which is pretty elite!

Upgradeability is an important thing (for me, anyhow) and on this front I’m pleased to report that both the RAM and the storage options of this device are user upgradeable (heck, there’s even room for a second M.2 SSD).

With three video out ports (2 USB Type-C, one HDMI) you can, in theory, hook up three external monitors to really Get Stuff Done™.

I don’t know how well the Intel AX201 card — Wi-Fi 6 (2×2) and Bluetooth 5.1 — fares under Linux other than “it works”. If you have some experience with this network card do share it below as I’m keen to know!

Other features include a so-so 720p webcam; biometric camera (which works with Slimbook’s facial recognition login tool); backlit keyboard (available in ISO and ANSI layouts); and magnesium alloy case that’s cool to the touch. And the weight? A mere 1 KG!

On to big question: do you need to be earning an executive’s salary to afford this thing?

The answer is no but it’s not exactly bargain basement. Pricing for the Slimbook Executive starts at €1,299 — and that’s for a model with a (rather outrageous in 2021) 8 GB RAM and a (not so outrageous) 250 GB SSD.

This makes the Slimbook Executive a considered purchase, but there scope for growing with you (thanks to a spare SSD bay and upgradeable RAM). 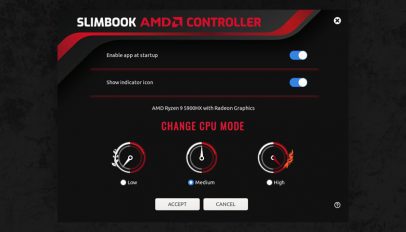 AMD Ryzen Ubuntu User? Check Out This App from Slimbook
Read Next