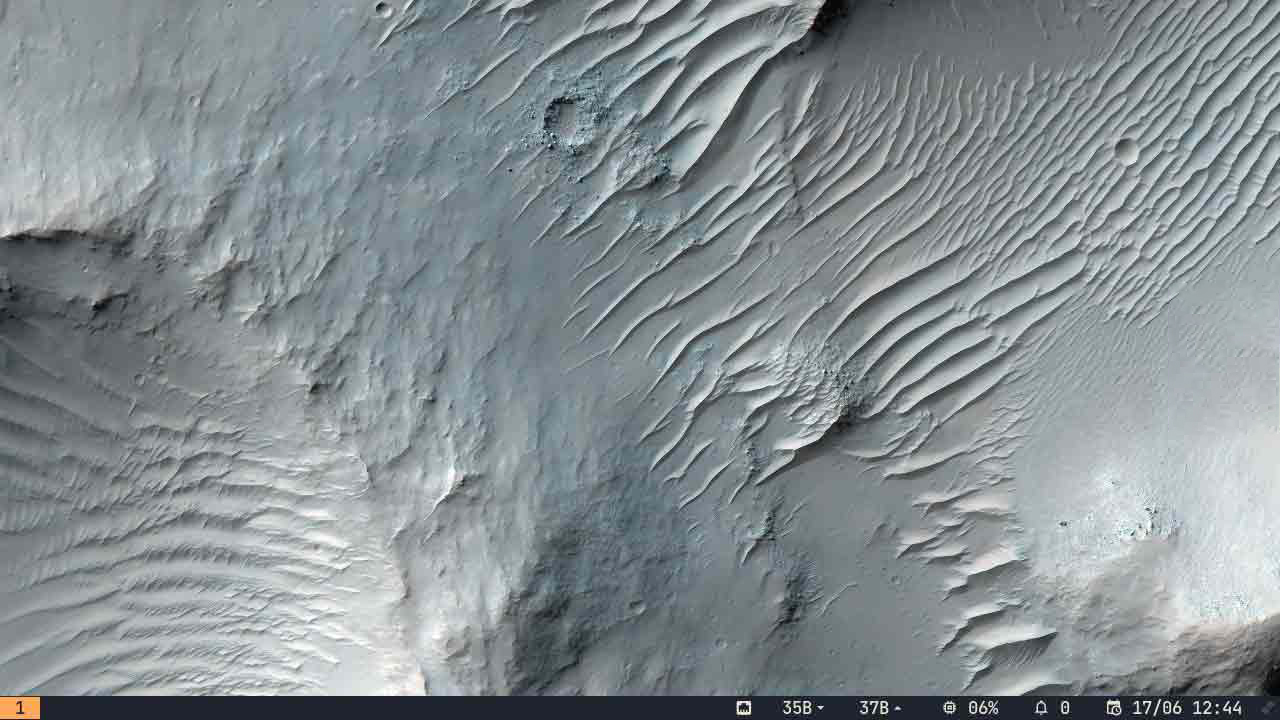 A new version of Regolith Linux is available for download.

Regolith Linux 1.6 comes in two versions: one based on based on Ubuntu 21.04 (which means it has a new Linux kernel, a ton of bug and security fixes, and access to a fresher set of software through the stock Ubuntu repos), and another one based on the older (but more stable) Ubuntu 20.04 LTS.

If you’re not familiar with Regolith I can bring you up to speed quickly: take a solid Ubuntu foundation and lay a powerful, bespoke keyboard-centric UI (i3-gaps) on top. The end result: a quirky Ubuntu based distro like no other.

Also, a couple of new “Looks” are available to users of Regolith Linux 1.6: a ‘solarized light’ theme; and a dark ‘midnight’ theme. Regolith Looks are fairly comprehensive, composed of a GTK theme, icon set, wallpaper, and even layout tweaks. For example, the Midnight look moves the task bar to the top of the screen:

Looks are installed via the command line as packages. They can be enabled/changed using a keyboard shortcut — the alt + super + l shortcut to be specific.

Also new in this release — something I highly recommend users news to Regolith install — is the new Rofi app launcher applet for the status bar. This is the easiest way to get the most user-friendly ‘mode’ of Rofi (which works like a bit like Ulauncher). The standard ‘mode’ that opens with shift + super + space launcher is functional, but somewhat austere, lacking semantic searching (which as a GUI guy I’m kind of use to).

The best way to get a feel for the uniqueness of this distro is to try it out firsthand.

You can download Regolith Linux 1.6 from GitHub (though you don’t need to install a separate distro if you don’t want as the Regolith Desktop is available to install on a regular Ubuntu 21.04 install by adding the Regolith Releases PPA) using these links:

Be sure to read through the full releases notes for this update for further details. And for those wondering this build notably version ships with i3-gaps 4.19.1 and rofi 1.6.1.

First things first: Regolith and its keybaord-centric i3 desktop is not for everyone. Understand that this is a different way of managing windows and apps. If you, like me, are used to a pointer-led desktop environment i3 can feel very strange at first. Be aware of that. It takes time to learn the (numerous) keyboard shortcuts and to feel like they’re second nature to you.

That said, I did encounter a handful of minor issues in this build.

Firstly, it’s not always obvious which app has focus (when using the default look; which is what most people will use). I accidentally closed/moved/resized the wrong window repeatedly.

Now, as this is i3 I can change the look myself. But the point of Regolith is to make i3 a bit more accessible to regular Ubuntu users (like me). Thus, requiring me to hunt down documentation, read it, understand it, then edit a config file with arcane values just to see something as basic as which app window is in focus is… Unideal!

Secondly, the handy shortcut helper on the desktop shows above all windows by default. This gets real annoying, real fast. On smaller displays (I often resize a VM to 1440px to take bandwidth-friendly screenshots) it gets in the way. Worse; some sections of the dialog spill off screen when opened and can’t be closed/dismissed again!

There is a keyboard shortcut to hide/show the box but this rarely worked for me (though I accept that may be a VM issue rather than a Regolith one, but be aware of it if you test in a VM first).

Finally — and I accept this is a pretty petty point to pick — clicking on the time/date text in the status bar should do something other than open the date/time settings. Showing me a small calendar, or even just a bit of extra time/data info would be more practical use than giving me options to change timezone — though perhaps true i3 fans do frequently switch between timezones 😅!

In all, Regolith Linux 1.6 is a truly unique experience that I highly recommend taking the time to test.

Are you a fan of keyboard-based desktop environments, like Regolith?
Download News Distros i3 regolith ubuntu spins 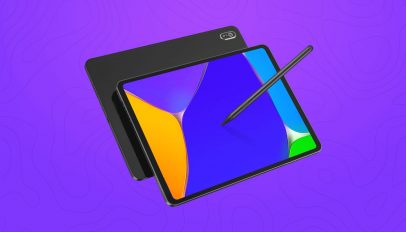