Spotify announced a redesign of its desktop app at the end of March, and the revamp has finally found its way to my Linux desktop — and maybe yours, too!

The UI rejig improves the music streaming client’s core navigation, in particular access to search. In older versions of the client the ‘search’ feature appeared and disappeared depending on the view. Now it’s in the sidebar, in all views.

To poke at the Made For You, Recently Played, et al links which previously sat in the sidebar you’re supposed to click through to Your Library and find them there. However, they aren’t there for me (possible a free user thing). To save you time looking they’re now in the Home section.

This update also makes it easier to access the service’s broad features regardless of which bit of the UI you’re in, e.g., be it playlists, search mode, play queue, etc. Users can create radio stations from any song via the “…” menu; there’s simpler playlist creation; and listeners profile pages now include top artists and tracks.

I’m a big fan of playlists and create them often. This Spotify redesign improves playlist creation on the desktop immeasurably. You can now write descriptions, upload images, drag and drop tracks into playlists, and — finally — you can search for new songs/podcasts from the ‘create a playlist’ page itself.

Overall, this redesign gives the Spotify desktop app a less cluttered and more modern look, with simpler (albeit different) search and browse behaviours. The desktop app feels more connected to the Spotify mobile and web apps, and less like a forgotten relic.

So how can you get it?

That’s up to Spotify. This change is a server-side one, so can’t just install an update to get it. If you run a slightly older version of the desktop Linux client you may also get the new UI — whether you want it or not! We have a guide showing you how to install Spotify on Ubuntu if you need it.

Spotify is my default music service. I have a couple 100GBs of music on an external hard-drive but it’s been years since I truly relied on it. I can access most of music (and lots more) through Spotify for free (which is still crazy). The service could provide a potato of a UI and chances are I’d still use it. But the redesign will benefit users new to Spotify.

One thing to note: the redesign does not fix the Spotify ‘missing artwork’ issue in the GNOME Shell message tray. If seeing a blank white square where album art should sit bugs you, install the Spotify Artwork Fixer GNOME Shell extension — it works a champ!

And if you need something great to listen to… 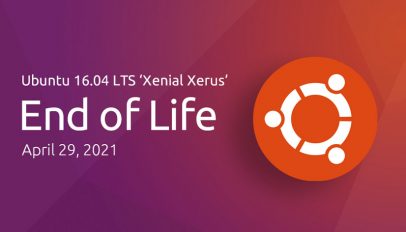