The folks behind the JingOS Linux distro plan to launch a crowdfunding campaign for an ARM-powered tablet preloaded with their Ubuntu-based OS in the summer.

Ahead of that campaign launch, JingOS devs have shared a new video outlining the tech specs of their JingPad tablet (spoiler: it’s ambitious), various accessories, and features within JingOS itself:

“We love Linux just like everyone else in the open source world. But we hate running Linux on out-of-date devices. So we are always wondering: “Why can’t we have a modern device with open source code,” they say.

So, they have (seemingly) gone and built one using a MediaTek Helio P90 chipset and high-quality components.

Jingling (the company behind the JingPad and JIngOS) say the JingPad A1 checks off a lot of firsts — it’s the ‘first Linux tablet with cellular support’, brings the ‘first 11-inch AMOLED 2K screen to the Linux world’, and is the first device to support a 4096 levels pressure stylus!

All most of the JingPad A1 specs, which are up on a new mini-site, read like a shopping list for a dream Linux tablet, complete with an ecosystem of solid accessories.

But is the JingPad in danger of sounding too good to be true? 🤔

We don’t have to wait long to find out if it lives up to the hype. Crowdfunding for the JingPad A1 launches June 15 over on Indiegogo. If the campaign goal is met they want to ship the JingPad to backers beginning in August of this year — ambitious!

Still no word on the JingPad price (based on the tech specs it’s surely going to be more expensive than the PineTab). Accessories like the magnetic keyboard and trackpad and stylus will be extra.

Wen might we see the actual device in hand, physically, rather than solely in well-presented renders? Jingling promise a hands-on video review will drop at the end of May. Third-party YouTuber reviews will appear the month after.

Home » News » New Video Hypes Up the Ultimate Linux Tablet: the JingPad A1 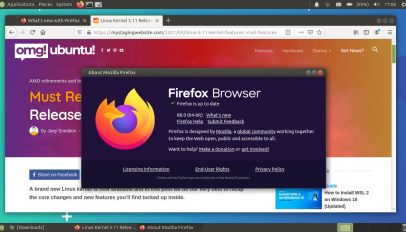