This week’s Linux release roundup covers a wide range of apps, so you may want to grab a coffee — and if you’re currently enduring arctic temperatures like I am, do make it an extra hot one — before you scroll on.

As always, these roundups serve to highlight smaller Linux releases that aren’t quite “news-y” enough for the full article treatment. As I rely on readers like you to let me know about app releases to include, if something is missing it’s because no-one has told me about it!

Open source video editor Flowblade continues to mature with each successive release, a trend apparent in the latest release, Flowblade 2.8. This update adds a number of new capabilities to this promising non-linear video editor, including:

Flowblade is free open source software. Source code is available on Github, as is a pre-packaged installer for Ubuntu and Ubuntu-based distros.

gThumb is a GTK image viewer and manager for Linux desktops. I find it a solid alternative to Shotwell as it’s fast, responsive, and has a great set of features. gThumb 3.10.2 is the latest stable bug release. While this update doesn’t add any new features it does bash a fair bugs, including:

gThumb is free, open source software. Source code can be grabbed from GNOME Git. The app isn’t available on Flathub or the Snap Store, but you can install an older build direct from the Ubuntu repo.

Revived from the depths of abandonment is GTK screenshot utility Shutter. Back under development, Shutter 0.95 has been released. It continues the arduous task of modernising Shutter’s code and jettisoning antiquated dependencies.

While the unofficial Shutter Snap we wrote about last year hasn’t been updated (at the time of writing this) official source code can be grabbed from Shutter’s new home on GitHub.

Darktable, the oft-cited open source alternative to Adobe Lightroom, fixes a bunch of bugs, including several memory leaks, colour correction and RGB handling, and scrolling on macOS and Windows.

Faster thumbnail generation during import is on offer, as are updated white balance presets and noise profiles for a glut of cameras, including the Canon EOS 1500D, Canon EOS 200D, Canonical Rebel T7 and the Panasonic DC-S1R.

The Darktable website has various download and install options for Windows, macOS and Linux users. Photography fans on Ubuntu may prefer to get this update (and any future ones) from the official Darktable OBS.

We started this recap with a video editor, so we’ll finish with one too — Kdenlive.

Kdenlive 20.12.2 is a bug fix release — but don’t let that put you off. While bug fix updates are traditionally that’s never the case with Kdenlive! Its bug fix updates are HUGE, with devs fixing as many things across the full feature-set of the tool as possible — which is always exciting!

You’ll find a much fuller change log on the Kdenlive blog.

Kdenlive is free open source software. You can install the latest version of Kdenlive on Ubuntu 20.04 LTS and above by adding the official Kdenlive PPA your system. Alternatively, download the Kdenlive 20.12.2 .appimage.

Know of an app update we should include? Email me about it!
News flowblade gthumb kdenlive LRR 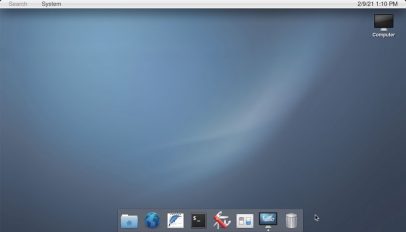