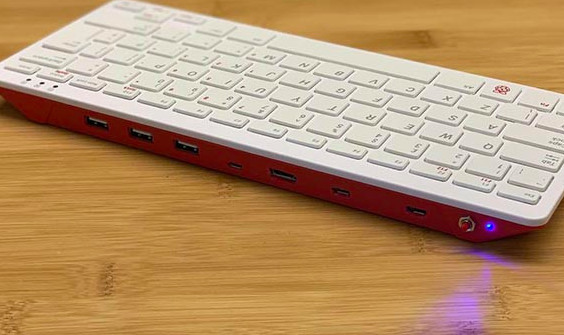 Raspberry Pi has dished up a new treat for its legion of fans, as well as anyone who’s looking for a capable, affordable Linux PC.

The Raspberry Pi 400, newly announced today, is a full-fledged Pi-powered computer built inside a compact plastic keyboard. At its heart sits a faster, cooler version of the Raspberry Pi 4 that was launched last year. This is topped with enough ports, slots, and expansions to sate tech tinkerers appetites.

But why an integrated keyboard? Who’s this device aimed at? And how much does it cost? For all those details keep reading.

Two micro HDMI ports mean you can connect to two monitors (up to 4K @ 60Hz) at a time. 3 USB ports make connecting peripherals easy, there’s a USB Type C for power, a microSD slot for expanding storage, and a 40 pin GPIO header for tinkerers to tussle with!

My first thought was: “Oh, this is just a fancy Raspberry Pi case” — but it’s not. Not exactly. The Pi 400 uses a custom mainboard designed to fit the keyboard form factor (i.e. narrow and long). and a very substantial internal heatsink.

It’ll be interesting to see if mainboard upgrades are made available in the future. For now, if you want a proper Raspberry Pi board to cajole and customise you’re best off sticking to the regular models.

Externally the Pi 400 looks a lot like the Raspberry Pi USB keyboard that went on sale a few years back. It’s virtually the same size, same thickness, and same footprint. It boasts 78/79 keys (depending on region) with six language layouts available at launch (and more, including Swedish, Danish and Norwegian, on the way).

One thing to note: if you’re not a fan of the Raspberry Pi 400’s lurid pink and white colour scheme don’t fret: a black and grey version is said to be on the way!

The regular “naked” Raspberry Pi models is aimed at tech tinkerers, developers, and machine modifiers, to much success. By being (somewhat) formless a naked Pi can be adapted, integrated, built-on, built-out, and built-into a diverse range of “things”.

But the Raspberry Pi 400 is a bit different.

It has a pre-made form factor that’s tailored towards keyboard input, i.e. this device is clearly not trying to be someone’s home server or media centre (though it can, naturally, work as one).

Easy access to the 40-pin GPIO proves that this the Pi folks aren’t entirely jettisoning the Pi’s rich legacy of hardware mods, but it’s clear this is a product for a specific use.

“Raspberry Pi has always been a PC company. Inspired by the home computers of the 1980s, our mission is to put affordable, high-performance, programmable computers into the hands of people all over the world,” explains Raspberry Pi founder Eben Upton.

Where to buy the Raspberry Pi 400?

You can buy the Raspberry Pi 400 (i.e. just the keyboard) on its own from $70. Where from? Well that depends on where you live. The unit should be available to buy it from most existing Raspberry Pi Approved Resellers, including Pimoroni and The PiHut in the UK, Pi3G in Germany, among others.

Personally I’d love to have seen this created with a Raspberry Pi 4 8GB variant inside. While 4GB RAM is capable (and allows the device to be delivered at a lower price point) 8GB would offer a pinch more wiggle room longterm.

Perhaps knowing this the bods at Raspberry Pi haven’t ruled out making a more powerful model somewhere down the line. 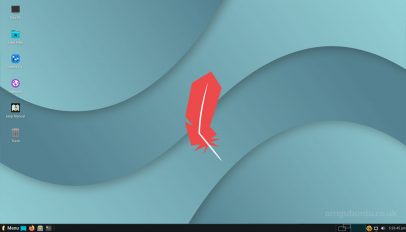