A brand new system monitoring app is in development for the KDE Plasma desktop — and it looks pretty decent already.

It’s called ‘Plasma System Monitor’ and it has been built using the modern and responsive Kirigami interface framework.

Not that creating an entirely new hub for stats fans to fixate on was the initial plan, here.

Arjen Hiemstra is leading development on the new tool but says his original idea was to “create a new set of system monitor widgets for Plasma desktop”. But when he noticed that the Plasma desktop’s incumbent activity monitor was also in need of a refresh he changed tack.

New system monitor widgets did ship in Plasma 5.19 and it is the plumbing laid down to power that that has helped pave the way for this tool.

Plasma System Monitor does exactly what any user would expect it to in that it gives a concise, accurate overview of current system activities and resource usage. An “overview” page populated with graphs, bars, and info most users will care about is shown when the app is first launched.

Separate sections are available that map resource usage by application; give high-level overview of all processes; and offer contextual statistics for a given period of time.

But Plasma System Monitor gets a bit cleverer, too.

Users can build their own custom dashboard that shows the stats, sensors, and data they want to see, and control the way the data is presented too.

Work will continue on refining and polishing the app over the coming months. The hope is to ship it as part KDE Plasma 5.21, which is scheduled for release in the early part of next year.

Fans of KSysGuard needn’t panic as the app won’t, for now, replace it. 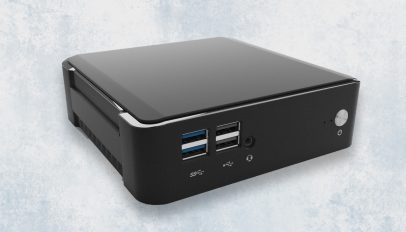 Librem Mini Desktop PC Gets a 10th Gen Intel Refresh, But No Price Increase
Read Next