A major new development version of the GIMP image editor is available for testing – but brace yourself ‘cos it’s a big one!

GIMP 2.99.2 is an unstable snapshot, and the first towards the long-anticipated, much-hyped, and hugely-significant GIMP 3.0 release. There’s no firm GIMP 3.0 release date devs right now, but they hope to have it out sometime in 2021.

“We want to release a rock-solid GIMP v3 and need to pay a lot of attention to details. This is where we are now and why we are releasing this first development version,” the GIMP team say of this release.

GIMP 3.0 is significant because it is the first version of the image editing app to be based on GTK3 rather than GTK2 UI toolkit (what stable versions of GIMP currently use). This change is major, and brings many improvements.

GIMP’s GTK3 port has been in development for a very long time, underscoring just how integral and involved the change is, as the uplift affects the app from top to bottom, across all systems it runs on.

Visually, GTK3 introduces modern looking widgets, dialogs, and toolbars, and makes use of compact client-side decorations where required. Much improved support for HiDPI displays is also provided, something that current stable versions of GIMP are hit and miss with.

Other changes due to arrive in GIMP 3.0 that are available for testing here, in GIMP 2.99.2, include multiple-layer selection (plus support for interacting with or applying changes to multiple selected layers); support for input devices hot plugging; and the inclusion of render caching to deliver a faster, more responsive user experience.

New GIMP extensions (in the .gex format) make it easier for developers, artists, and users alike to install custom brushes, splash screens, patterns, dynamics, plugins, and so on through a a safe, searchable directory within GIMP itself.

A broader overview of the changes can be found in the GIMP news file on Gitlab.

GIMP 2.99.2 is an unstable release intended for use by developers, bug hunters, and ardent enthusiasts only. Some features mentioned in this round up are still a WIP so bugs and missing functionality is likely.

You can download GIMP 2.99.2 for Windows via GIMP’s developer download page. For now there’s no macOS port.

Linux users wanting to test GIMP 2.99.2 are advised to use Flatpak and Flathub, specifically the Flathub beta channel:

Once the Flathub beta repo has been added run this command to install the GIMP beta:

While the GIMP beta Flatpak can be installed alongside the regular stable version (i.e. it doesn’t replace it) Flatpak won’t “show” two versions of the same app in the apps grid/menu by default. To run the GIMP beta you’ll need to run the flatpak run org.gimp.GIMP//beta command.

For an easier way to test the build just grab the latest GIMP continuous build AppImage from GitHub (scroll all the way to the bottom to find the 2.99.x builds). 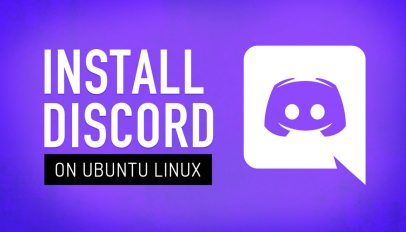 How to Install Discord on Ubuntu & Linux Mint
Read Next