KDE developers describe the Plasma 5.20 release as an ‘absolutely massive’ one — but is it? We take a closer look at what’s new and improved in this post.

Released October 13, 2020, KDE Plasma 5.20 is (at the time of writing) the latest iteration of the popular open source Plasma desktop environment. Four months of development have been poured into this update (which is already available to users of KDE Neon).

If there’s a notable change or improvement you know about that isn’t featured in this post then let me know about it in the comments section below and I’ll try to add it in.

Three new versions of the Plasma desktop are released each year, each offering more refinement, polish and improvements than the last. KDE Plasma 5.20 will be yet another solid entry in the Plasma 5 series.

We reported earlier in the year that KDE Plasma is switching to an icon-only taskbar, similar to the one found in recent versions of Windows 10 and Chrome OS.

The digital clock applet nestled in the right-hand corner by default now displays the date by default. You can now middle-click on the Notifications applet or the system tray icon to turn Do Not Disturb mode on or off.

An iconified taskbar isn’t the only noticeable visual change. Plasma 5.20 ships with redesigned on-screen display (OSD) bubbles. These appear when you trigger actions like volume up/down, brightness up/down and have been given a ‘less obtrusive’ makeover.

One notable change laptop users will appreciate is the ability to set a charge limit below 100% to help preserve battery health (where supported).

Also of note: the Autostart, Bluetooth, and User Manager pages were rewritten from scratch and redesigned to conform to “modern user interface standards”.

Other changes, tweaks, and additions include:

Rounding out the release is better Wayland support.

Yes, yes: every release says this, but this time the changes should be more pronounced and obvious. For instance, you can now middle-click to paste clipboard contents, mouse and touchpad scroll speed is adjustable, and screen casting works.

The Task Manager shows window thumbnails when hovering over an icon; Wayland crashes no longer takes the whole desktop with it; and Krunner appears where you’d expect it to when using a top panel.

KDE Neon users can upgrade to Plasma 5.20 from today. The Kubuntu Backports PPA could find the release packaged up for Kubuntu 20.10, Qt dependency providing.

For more details check out the KDE blog. 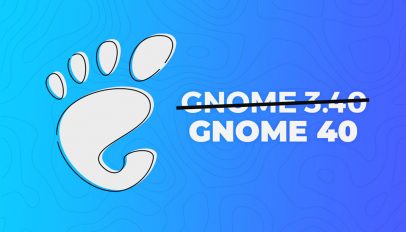 Why the Next Version of GNOME is GNOME 40
Read Next