If you were hoping July would yield another bumper month for Linux marketshare I’m here to gently shake you awake and waft an aromatic espresso under your nose.

After reporting a remarkable month-on-month rise in Linux marketshare since April NetMarketShare is back with stats for the 31 days of July 2020 — and they show a small rollback in Linux usage.

Not a huge one, mind. The overall share of desktop Linux OSes (excluding Chrome OS, which is tracked separately) came in at 3.57 percent, down from June’s all-time-high of 3.61 percent.

This figure is still up on what it was this time last year (2.10 percent) and is the second-highest usage share reported by NetMarketShare.

While usage stats about anything are (rightly) subject to debate, scrutiny, and indeed technical whims, the month-on-month Linux increase tracked by this particular company …Well, it wasn’t the one-off fluke that Linux pundits had suggested. High, but consistent.

Does July’s slight dip point to doom and gloom? No. And it also pays to remember that we’re talking about very minuscule shifts in a (sadly) very small share — a dip of 0.04 percent is neither here or not there in the border picture but, for Linux, is more noticeable (and thus notable).

For what it’s worth here other web analytics companies track Linux marketshare too.

StatCounter has Linux share on a meek 1.85 percent of all desktop OSes for the the same period, while Clicky has things averaging out at around 1.5 percent.

Take them all with a pinch of sodium.

Home » News » Linux Marketshare Dipped in July, But Not By Much! 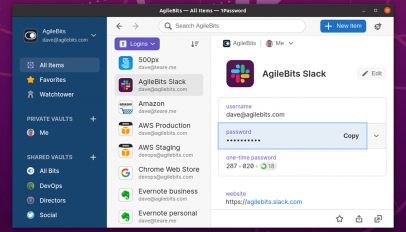