After a successful bout of beta testing a new version of Glimpse, a rebranded fork of GIMP, is now available to download.

Glimpse 0.2.0 is based on GIMP 2.10.18 (this is not the very latest version) and aims to broaden the image editor’s appeal through careful rebranding, restyling, and where needed reconfiguring also.

For instance, Glimpse 0.2.0 contains all of the tools, updates, and performance tweaks offered in the regular version of GIMP 2.10.8 plus a fair bit more:

Differences aside, Glimpse is “fully compatible with the same plug-ins, themes and save files” that regular GIMP uses, which makes switching between the apps a relatively seamless affair.

Interestingly the Glimpse team plan to start development on a next-gen image editor called Glimpse NX. The new app is being “written from the ground up”, will be permissively licensed, and, like the GIMP-based build, available across different operating systems.

Glimpse is free, open source software available to download for Windows and Linux directly from the project website:

Linux users can install Glimpse 0.2.0 on a Flatpak-enabled distro from Flathub:

A Glimpse Snap app is available (though not yet updated) and the team say an AppImage will be released at a later date. 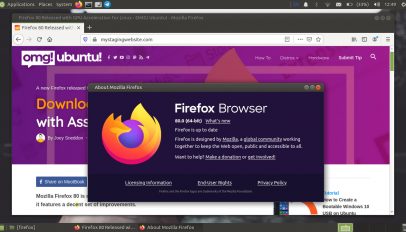 Firefox 80 Released with Optional GPU Acceleration on Linux
Read Next