GIMP 2.10.20 features all of the usual stuff like bug fixes and performance tweaks but adds a collection of cool new features too. This include non-destructive cropping, several new lens blur filters, improved .psd file support, and an updated vignette tool that’s far easier to use.

When you crop an image in pretty much any image editor the pixels beyond the crop boundary are deleted, leaving whatever is left. But GIMP 2.10.20 doesn’t discard those extraneous pixels by default, it simply resizes the canvas instead.

This means you can re-crop your image at any point. If you decide your previous crop wasn’t quite right, but you’ve made other changes since, you can go back and adjust the crop without having to undo everything you’ve done since!

Even Photoshop doesn’t offer that!

GIMP devs add a “Delete cropped pixels” checkbox to the Crop tool’s settings so folks can revert to the old, destructive behaviour.

If you enjoy playing with post-processing blur effects than this particular update to the raster editor should please as it adds 3 new blur filters:

Each of these blur filters can be used to achieve different effects and/or styles, with Focus Blur able to create the “tilt shift” effect popularised on social networking site Instagram.

The last major new addition is an improved Vignette filter.

Adding and adjusting vignettes is now done on-canvas. This means you tweak and position the effect directly on the image itself, with live preview. Two new vignetting shapes, ‘Horizontal’ and ‘Vertical, are also included in this update.

Of note, the “tool grouping” feature that was introduced in the previous update is refined slightly.

When the toolbox is displayed as a single column the tool group menu(s) will appear when you mouse over over the respective toolbox button, without you needing to click it. This behaviour can be adjusted via the the Toolbox page of the Preferences dialog.

Head over to the GIMP blog for a greater overview of these (and other) changes if you’re interested in learning more on the why’s and how’s.

Linux users can install GIMP 2.10.20 from Flathub, which hosts an officially-maintained package:

A community-maintained Snap version of GIMP is also available but has not, at the time of you read this, been updated to the latest stable build.

Also, I know a lot of readers prefer to install GIMP from Otto Kesselgulasch’s (incredibly popular) GIMP PPA. His repo used to package the latest stable GIMP release for Ubuntu 18.04 LTS and above, as well as Ubuntu-based Linux distros like Linux Mint and Zorin OS.

Sadly, this PPA has not been updated for a while. It only contains GIMP 2.10.14 for 18.04 LTS and above (Ubuntu 20.04 has 2.10.18 in the repos). If you rely on GIMP professionally you should look into acquiring the release from a different outlet. 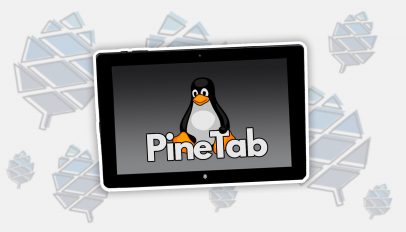 Preorder the PineTab, a $99 Linux Tablet [Update: Sold Out]
Read Next