Chrome OS has the ability to run desktop and command line Linux apps now Google plans to expand this support to include Linux games too.

And when we’re talking about gaming on Linux we’re of course talking about Steam, the premiere games distribution platform created by Valve that is available natively for Linux desktop operating systems.

Google equipping Chrome OS’s gaming feature as part of a project called “Borealis“. This is not only enigmatic sounding but also hugely exciting if you are an Ubuntu fan.

Why? Because code commits reveal that Borealis is actually a full Ubuntu distro. It runs on Chrome OS as a seamlessly integrated virtual machine without a desktop UI.

Other code commits on the Chromium open-source code underpinning Chrome OS reveal Borealis is no ordinary Ubuntu install as it comes with Steam pre-installed.

Valve, as mentioned, is an ardent advocate of Linux gaming. And which Linux distro do they recommend Linux gamers use? Ubuntu! So since Google plans to add Linux gaming support to Chromebooks then Ubuntu is the best distro fit to use for it.

If there’s any drawback to this otherwise interesting morsel of news it’s that only Chromebooks equipped with 10th-generation Intel processors are the focus of Borealis development. Certainly more capable than older models, but also very expensive or as-yet unreleased!

Still, this could change; it certainly did with the Linux apps feature. Google introduced that on high-end Chromebooks first but later supported a swathe of older Chromebooks (even budge Celeron models that can’t run it very well).

So if you’ve got a Chromebook and a large library of Steam titles, keep an ear to the ground for more details on this feature as and when Google is ready to share it.

With Linux gaming and Linux apps I guess we can say that Chromebooks will finally be useful for something ;) 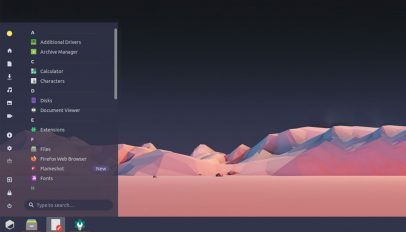