Kdenlive 20.04 arrives with an insane assembly of improvements and new features — so many, in fact, that it’s taken me the best part of two days to muster up the energy required to try cover it all in a blog post here, on omg!

The update carries major performance improvements to the ‘Preview Scaling’ tool (i.e. resolution downscaling); introduces a raft of new clip management features (great if you shoot a lot of b-roll, like I do); and adds a powerful multi-cam editing experience (as demoed in the following gif):

Motion tracking (an editing feature I’ve been itching to play with) also gets some attention in this update, with the editor better able to automatically detect and track movement in a selected clips.

Rotoscoping is also much improved, and the editor makes pitch shift compensation available when using the speed up/down effect on clips.

Other changes worth knowing about:

Now, I’m not a video editing whizz so my opinion on the matter isn’t worth that much but, I will say, that I find the features present in Kdenlive to be pretty well pitched: the app isn’t “too basic”, but neither is “too advanced”.

In some ways Kdenlive is a Linux equivalent of Apple’s iMovie: a midway point between novice and guru; a ‘prosumer’ app; a video editor that makes it relatively easy to get impressive-looking results, but with enough wriggle room either side to suit needs accordingly.

And in Kdenlive 20.04 the team seem to double down on delivering a set of changes targeted at the balance.

For instance, while the introduction of new filters to the clip bin (including star ratings and colour tag) doesn’t sound as flashy-cool as, say, the new motion tracking algorithms, it’s every bit as important, if not more so as every edit, basic or professional, involves clips.

I want to start making regular video content for the omg! ubuntu! YouTube channel and, at first blush, everything included in the latest release of Kdenlive looks like it will make it MUCH easier for me to do that.

Want to try this release out for you own edits?

Kdenlive 20.04 is available to download from the Kdenlive website in a range of formats (including a Windows build). The standalone .appimage linked there will work on most Linux distros:

Kdenlive 20.04 is also available to install through the Snap Store:

Kdenlive on the Snap Store

And there’s a build up on Flathub, the Flatpak app store, too:

Additionally, if you’re after a more traditional way to install, then the official Kdenlive PPA has packages of the very latest release for Ubuntu 19.10 and 20.04 LTS:

Do you use Kdenlive to edit videos? Will any of these features improve your workflow? What else could be improved? Let me know in the space below. 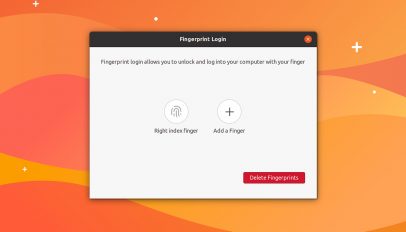