Ubuntu’s upcoming release carries a fresh crop of desktop wallpapers — but one background in particular will be VERY familiar to long-time Ubuntu users.

Having been recently crowned the greatest Ubuntu wallpaper of all time on Twitter the heralded Hardy Heron makes its (overdue, imo) return to Ubuntu desktop proper.

The image last shipped on an Ubuntu .iso way back in 2008 — has it been that long already?!

To ensure that the heron is fit and fine its encore in the Focal Fossa, Ubuntu desktop lead Martin Wimpress remastered the image from the original .svg source files.

Each stroke which makes up the striking shorebird is looking super sharp:

Not that this hardy heron has hot-tailed back on its own. Oh no: he’s brought some friends, albeit less familiar ones.

In a break with longstanding tradition Ubuntu (the main flavour) did not hold a community-based “wallpaper contest” during the Focal Fossa development cycle.

Instead, the distro chooses to ship a curated club of four images sourced from the (superb, royalty free) photography website Unsplash:

Take a good look at the four selected images below. See if you can spot the overarching ‘theme’ that links them*…

I’m especially pleased to see that an image by photographer Josh Coleman has made the selection (his Unsplash page is a veritable trove of vivid wallpaper picks).

I do appreciate that Ubuntu’s pick of wallpapers doesn’t get everyone excited — I’ve mentioned I’m a special egg before — but I have long felt that Ubuntu, as the leading desktop Linux distro, ought to borrow a page from the elementary OS playbook.

What do I mean by that? To put it bluntly: focus on quality, not quantity. Ship a smaller set of high quality, professionally-shot images sourced from sites like Unsplash where the wheat is already separated from the chaff.

So I’m thrilled to see that they’ve decided to do just that for this LTS release. 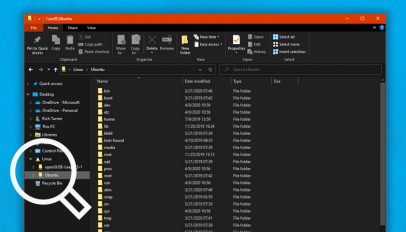