A new stable release of gThumb, the GTK-based photo manager and image viewer for Linux desktops, is now available to download.

I wrote about how to install gThumb on Ubuntu a couple of months back and figured that the latest update may be of interest to those of you who use it!

gThumb 3.9.1 isn’t a game-changing release, but it touts a number of notable enhancements, bug fixes, and feature tweaks. It even has a spiffy new app icon (right) designed according to the new GNOME icons style.

Users can press ctrl + f1 with the app in focus to reveal it. This is part of a wider GNOME initiative to make keyboard shortcuts more discoverable among GTK applications.

gThumb’s image viewer now lets you define the transparency style for transparent images. This is very handy if you work with transparent .png and .svg files often.

There is also a notable finessing of the built-in video viewer (yes, gThumb can play videos too) which includes an option to view a video at its original size/resolution, with a status bar zoom level on hand to let you know when you’re not.

These and other notable highlights in the new gThumb 3.9.1 release:

For now, gThumb is not available on Flathub and there is no official Snap build.

Additionally, at the time of writing, this release is not in the Ubuntu 20.04 repos. Not sure what the status is here but the latest version shows as 3.8.0, rather than 3.9.1.

That said, source code for gThumb is up on Gitlab and the GNOME Git. This build will likely be packaged up for easy install through the repos of Arch, Manjaro, and other bleeding-edge distros shortly.

Ubuntu and Linux Mint users can make use of an unofficial PPA to install the latest release on Ubuntu 18.04 LTS and above. 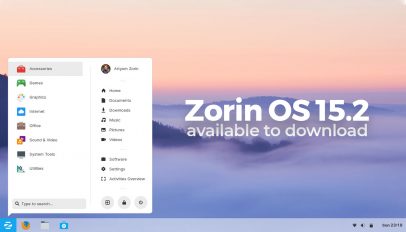