Is an independent GNOME OS an inevitability? A recent blog post put out by GNOME designer Tobias Bernard certainly certainly makes a compelling case for one.

In the second part of his take on “what’s wrong with the free desktop app ecosystem and how we can fix it”, Tobias spotlight’s Ubuntu’s divergence from the upstream defaults as symptom of hurdles placed in front of developers who want to target the GNOME experience.

With GNOME desktop designers and developers (upstream) and the Linux distros shipping it (downstream) often pulling in different directions the ‘target’ developers should try to aim for is, well, a little less clear.

Ubuntu, for instance, focuses on creating a user-friendly desktop experience that “just works” from the off, out of the box, for as many people as possible. The vanilla GNOME experience is considered too basic, so the distro ships a number of extensions and home-grown patches to ‘fill in the gaps’.

“[This] fragments the visual identity of the platform at best, and severely damages the app ecosystem at worst. This includes things like adding a permanent dock, icons on the desktop, re-enabling the systray, or a “dark mode” setting which just changes the system stylesheet from under apps.”

Upstream GNOME seems to have ‘purer’ ambitions. Tobias describes many of the “downstream solutions” that distros like Ubuntu offer as “simplistic fixes” that lead to an “incoherent user experience”.

See, rather than craft a desktop experience tailored towards the wants, whims, and wishes of its existing user base GNOME pitches itself broader, catering to the kinds of users who don’t necessarily use Linux at all — hence the decision to keep UI and UX as simple, straightforward, and fuss-free as possible.

Admittedly there are no easy answers to a question that, of itself, is perhaps just a matter of perspective.

For GNOME there’s certainly merit in having a vertically integrated, full-stack ‘reference’ platform whose moving parts are under their control. This will be more important as foundational efforts like Flatpak, which GNOME is heavily invested in, pick up steam within the wider Linux developer community and different distros.

But substantial changes would need to occur across the open source community to foster the unified push that Tobias points to — changes that are unlikely to happen any time soon, if at al.

Infrastructure, developers, testing, community, marketing, enterprise and business support — all invisible parts that signpost the differences of a distro to a desktop.

These ‘conflicts between desktops and distributions’ — distributions are more than just bespoke ‘branding’ and ‘fragmented’ default settings, of course — would need to be addressed if you assume they represent a problem in the first place.

“The first and most important step is acknowledging that this problem exists, and that we need to radically change our approach if we’re serious about building attractive app ecosystems,” reasons Tobias.

Whatever your take on the scenarios Tobias touches on, his post is well worth a read if only to consider things from a different perspective.

Read “There is no Linux Platform Part 2” 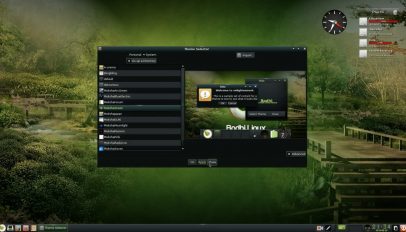