A small batch of end-user improvements to the “Additional Drivers” screen are being prepped ahead of Ubuntu 20.04 LTS.

Now that the latest NVIDIA graphics are available in Ubuntu LTS releases directly (without the need for third-party repos or obtuse web downloads) dev are updating the look of the Software & Updates > Additional Drivers to better help users understand what it is they’re looking at.

Here, for example, is how the graphics driver selection screen looks in Ubuntu 18.04.3 LTS:

Could be a touch clearer, couldn’t it?

Ubuntu certainly thinks so too. It plans to adjust the order that ‘additional drivers’ are listed, and improve on the wording used to present them.

For graphics drivers specifically this means overly technical terms like “X.org X server” and “metapackage” are being ditched, and more intelligible and concise labels introduced:

Other info, like the specific driver version number and the license that the driver is distributed under get styled in a more consistent, useful manner (i.e. actually looking like information and not just part of the package name):

You’ll also notice in the mockup above, which I pulled from the Ubuntu Wiki on the Software & Updates utility, that NVIDIA’s “Long Lived” and “Short Lived” terms are being used here.

Personally, as a non-gamer, I must say I find NVIDIA’s labels a tad confusing (and I’m not alone) but I believe the general gist is:

Either way, this particular change will make it easier for Ubuntu 20.04 users to understand the relative differences (and merits thereof) in the drivers presented to them Ubuntu, by default.

Naturally users will remain free to download and install drivers outside of the repo (and indeed this screen will continue to display ‘manually installed’ drivers where applicable).

What do you think of this improvement? Let me know below
Dev News graphics drivers nvidia Ubuntu 20.04 LTS 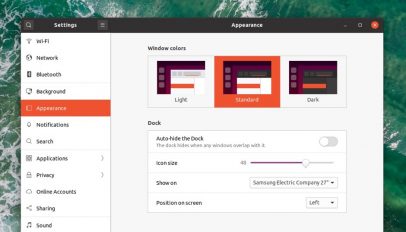