Cross-platform open source RAW processing tool RawTherapee has a new release out — and if you’re a keen photographer, it sounds like an essential update.

RawTherapee v5.8 is the latest stable version of the free photo editor, and the first to be released this year (2020). The update introduces support for CR3 data (on cameras that support it), plus improved handling for camera models, DCP dual-illuminated input profiles, and better memory usage.

But the “big new feature” in this update is the addition of a new Capture Sharpening tool. This, RawTherapee developers say, helps ‘recover detail lost to lens blur’.

“[Capture Sharpening] takes place right after demosaicing, and as it works in linear space it is not prone to haloing. Capture Sharpening in combination with Post-Resize Sharpening allows for detailed and crisp results,” the RawTherapee team say of the feature.

You can download RawTherapee 5.8 for Linux systems as an .AppImage. AppImages can run on virtually every modern Linux distribution, Ubuntu included, though you do need to give the binary permission before it will run.

If you’ve prefer a more traditional install method you can install RawTherapee on Ubuntu and Linux Mint by making use of a community maintained PPA.

A Windows build, and source code, can be found on the applications official website. macOS users will need to compile the app from source, details on how can be on the project’s wiki page. 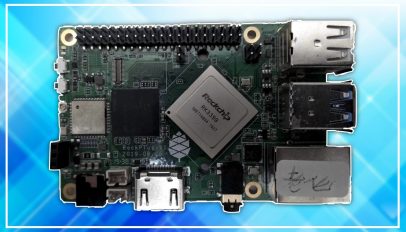 Pine64 Unveil the HardROCK64, a $35 Single Board Computer
Read Next