A lot of folks love using Bing’s image of the day as their desktop wallpaper, a task that the app we’re looking at today makes incredibly easy on Ubuntu.

Now, this idea isn’t new; I think I’ve written about every Bing wallpaper app ever created for Linux at one time or another. From cron jobs and python scripts through to GNOME Shell extensions and fully-fledged desktop apps.

On paper BingWall, the subject of this post, looks no different. Once installed it lets you download Bing’s featured photo of the day and set it as your desktop background.

But this app has a few tricks up its sleeve that make it a touch more versatile that similar tools I’ve mentioned in the past.

Another Bing Wallpaper App for Ubuntu

BingWall has a simple, straightforward UI — that it has a UI at all is important; many similar utilities run in the background with no visible indication. And although designed for use on the GNOME Shell desktop the app is built in Qt.

Using the tool you can view the Bing image of the day for 10 different countries because, trivia time, the image shown on the homepage actually differs based on your location.

You can install BingWall on Ubuntu 16.04 LTS and above from the Snap Store by clicking this button:

Alternatively, to install BingWall on Ubuntu from the command line, run:

Once installed, launch BingWall to sift through most recent Bing images of the day from your preferred search engine country, and click on the monitor section to make them your new desktop wallpaper. 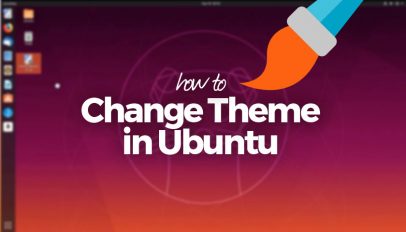 How to Change Theme on Ubuntu 18.04 LTS & Above
Read Next