The end of Windows 7 support leaves hundreds of millions of PC users stranded on an unmaintained system that’s vulnerable to hacks, malware, and viruses.

Microsoft would have you believe that upgrading to Windows 10 is the only real alternative to using the now insecure OS — but it’s not.

Users who want to avoid Windows 10, its muddled interface, and its data-cosseting tentacles can do so easily and for free.

By making the switch to Linux.

Now, if you think that Linux is intimidating, confusing, or (and I mean this nicely) for nerds: I hear you. At first glance it can often look that way.

You can do pretty much anything on #Linux: browse the web; produce music; edit videos; develop software + more
Click to Tweet

But Linux suffers from poor marketing rather than poor product. With no multi-million dollar marketing campaign out there promoting one specific flavour of Linux it’s left to enthusiasts to ‘sell’ each system, usually on its technical merits — which is what makes things seem rather niche.

However it’s 2020 and Linux-based operating systems (called ‘distros’) like Ubuntu and Linux Mint are very user-friendly. They let you continue to do pretty much all of that you currently do on Windows 7 just as easily, but with safety first.

And you really can do pretty much anything on Linux: browse the web; produce music; edit videos; develop software; conduct research; play big-name games; chat to your sister who’s backpacking around the world… You get the idea.

If you want to delve into the engine at the heart of your computer — you can. But if you’re happy to stay in the passenger seat, enjoying the view, you can.

Linux is all about choice: your choice.

5 Reasons to Switch to Linux

Major desktop Linux distros like Ubuntu, Fedora or Linux Mint receive on-going support and app updates, usually for the life of the release, and all for free.

This generally includes new releases of core applications (like web browsers and email clients) as well as software fixes and kernel patches that improve performance, stability, and security.

Major new releases of Linux distros are released every couple of years and you have the choice as to whether you upgrade to them or not.

But unlike Windows, where a “new version” often involves headaches, errors, and endless rebooting, distro releases are more similar to ‘service packs’ in that they don’t take long to install, won’t slow your system down, and don’t dramatically change how everything works.

By design Linux is far less vulnerable to viruses and malware than Windows (especially unpatched versions like Windows 7).

So safe, in fact, that you do not have to run anti-virus software on Linux systems like Ubuntu or Linux Mint.

You can install and run anti-virus software for Linux if you want to, and you can enable and configure a super-secure firewall too.

But you don’t have to.

When security vulnerabilities are found in the Linux kernel or critical system software — note: found, but rarely exploited — they get patched quickly, with an update released to all users, as soon as possible, across distros.

There’s no waiting and hoping that a patch will feature in the next giant update that’s someway down the line, you just get it.

Now this isn’t to say Linux is immune to flaws. You should always maintain good security practices. But some of the basic chores you might be used to performing on Windows 7 are simply not required here.

Modern Linux distros come with a range of software pre-installed. They also give you access to a even more (often free) apps through a dedicated software install tool or package manger.

Yup, you don’t need to use a web browser to download an app installer from an obscure website, scan it for viruses, double-click on it (hoping it doesn’t feature spyware) and page through endless installer dialogs.

To install apps on Ubuntu or Linux Mint you use open the built-in Software Center app, browse through thousands upon thousands of free apps based on category (e.g. office, music, video, etc) and, when you see an app you want, you just hit the “install” button to install it — all for free, no fuss!

Better yet, application updates are installed alongside regular system updates and can be configured to update automatically in the background.

Apps available includes well-known things like VLC, Steam, Thunderbird, and Spotify. But there are tonnes of lesser-known (but no-less brilliant) home-grown apps like Rhythmbox, Cawbird, and Geary that give closed-source software a run for their money.

There’s an assumption that to “get on” with Linux you need to be pretty technical, or somehow interested in the inner workings of operating systems and computers and so on — but that’s not the case.

The “difference” between Windows and Linux is that Linux gives you the choice. You can pop open the the hood to get access to the “engine” underneath if you want to. This doesn’t mean you have to or you’ll ever need to, but the choice is there.

And that word is important as your “choice” extends to virtually every bit of the system: you can change, tweak, or adjust almost any part of a Linux system — from hardware support, to app selection, to how the desktop looks or is laid out.

But again, and I stress: don’t think that just because the ability to do all of this is present that it’s required. The “default” settings of Ubuntu, Linux Mint and other systems are designed to be ready to go, out of the box.

System updates don’t sound particularly sexy, but for Windows users the way that this effort is approached can seem pretty strange.

See, updates to Linux distro don’t (usually) slow your system down or take up loads more space, or endlessly bug you to reboot your system to install them.

In fact, system updates on Linux tend to free up space, make your system faster and, kernel updates aside, rarely require a reboot (though Ubuntu LivePatch enables reboot-less kernel updates).

New versions Ubuntu and Linux Mint are released often. But unlike new versions of Windows, which tend to change things dramatically, Linux updates are more like “service packs”.

Ubuntu releases new versions every 6 months, but if you’re using the LTS version you only have to upgrade once every 3 to 5 years, depending on your preference.

Updates and upgrades both work the same; you get notified of them, you click a button, and it all happens in the background with rarely any input required from you.

There are plenty of other valid reasons why users should switch to Linux — so share your post persuasive switch pitch in the comments section!

Home » List » Why Windows 7 Users Should Switch to Linux 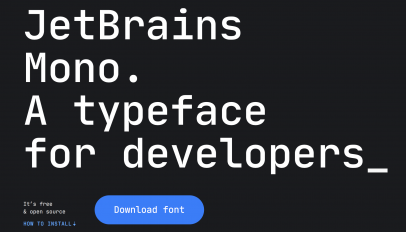