Their terminal-tailored typographic creation is called (surprise) JetBrains Mono. And they claim their new font makes reading code kinder on the eyes.

Admittedly it feels a little bit like everyone has their own monospace font these days: 2017 gave us IBM Plex, 2019 Microsoft’s Cascadia, and even Ubuntu has its own code font created specifically for the command line.

But with JetBrains being — hey, you knew this pun was coming — the brains behind some of the world’s best-loved development and code creation tools it kinda makes sense for them, out of anyone, to have their own monospace font.

And lo: the creation of JetBrains Mono.

Because we read code in a different way to standard text in a box (i.e. with code our eyes move vertically as well as horizontally, and irregularly) JetBrains Mono was crafted with reading speed, comprehension, legibility and, yes, eye fatigue in mind.

“We have considered things like the size and shape of letters; the amount of space between them, a balance naturally engineered in monospace fonts; unnecessary details and unclear distinctions between symbols, such as I’s and l’s for example; and programming ligatures when developing our font,” they say.

Their font certainly looks taller than Consolas at 13px — and dare I say less fuzzy too (compression excepted in the image above).

13px is the recommended font size, while line spacing is suggested at 1.2.

This technical finesse is thread throughout the entire construction of the JetBrains Mono, with attention being given to the needs, issues, and impressions of people writing and reading code daily above ‘ooh, that looks good’.

The font comes in a variety of weights (including italic, medium, bold and extra bold) and supports (as of writing) code ligatures, diacritics, and cyrillic across 143 languages.

You can download JetBrains Mono from its dedicated website or by gapingly lovingly at the following button:

JetBrains Mono is supplied as a .ttf file. This font format works pretty everywhere and anywhere (including Ubuntu, so tenuous link unlocked).

The .zip also includes JetBrain mono is a variety of font weights, including extra-light, semi-bold, and extra-bold; a variable version is included; and you can choose whether to install JetBrain Mono with/without ligatures.

Do note that if you’re running the most recent version of the JetBrains IDE (many available via the Snapcraft store) then you may already have the new font — so check first. 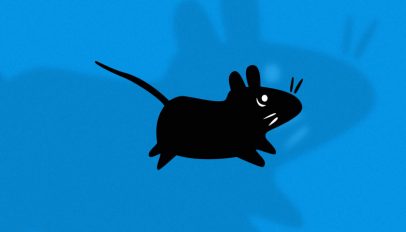 Xfce 4.16 is Adopting Client Side Decoration by Default
Read Next