The Plasma 5.18 LTS default wallpaper has been revealed, netting the artist behind it a high-power Tuxedo Linux laptop as reward!

What is the image of, though? To me Volna resembles a beach scene; a sandy beach with wave crashing in. Your own interpretation may vary of course! 😉

If you like what you see enough to want to use Volna as your desktop background (on any desktop) you can download a 4K version from Postimage.

Here are a few previous Plasma wallpapers for comparison:

To find a suitable background for the upcoming Plasma 5.18 LTS release the KDE community ran a community wallpaper competition with prizes from Germany-based Tuxedo Computers up for grabs.

Nikita Babin’s Volna wallpaper took the top spot but several runners up were also selected, including a terrific one called ‘Milkway’ which, thanks to its ample use of aubergine, wouldn’t look out of place on the Ubuntu desktop!

Alongside the wallpaper contest KDE is also running a video-based one where, once again, a Tuxedo computer is up for grabs. The deadline for entry to the KDE Plasma 5.18 video competition is February 20. 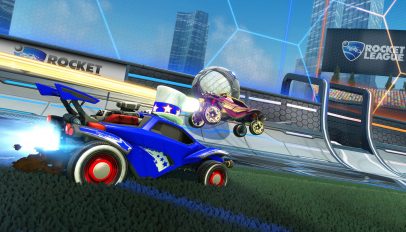 Rocket League is Dropping Support for Linux
Read Next