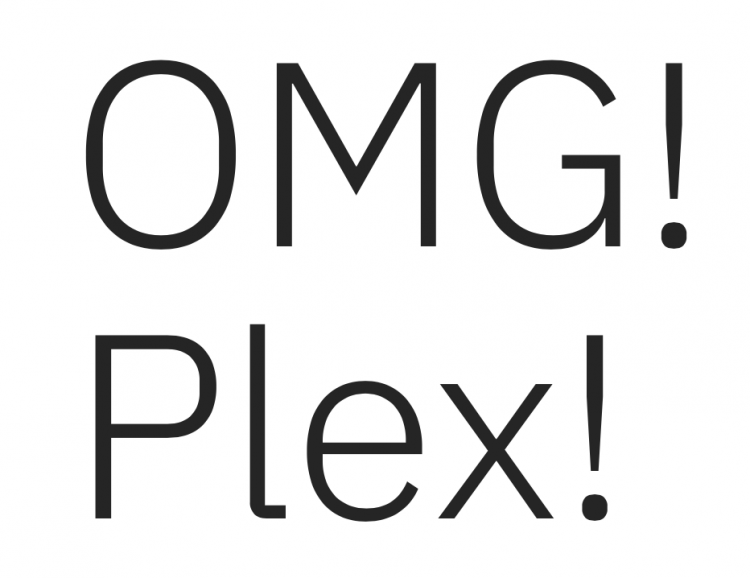 The font is called IBM Plex. It’s designed by IBM designers, and will (say FastCoDesign) be “be used almost everywhere letters appear”, from software and websites, to press releases, visitor passes, and PowerPoint presentations.

For a company as international present as IBM its typeface has to work in multiple languages. For this first release the font covers 110 different languages, with more character sets planned. There are monospace, serif and sans serif versions in eight separate weights.

And it means the company no longer has to pay licensing fees to use its fave font hitherto: Helvetica.

There’s lots of worthy sounding spiel describing the font, but I’m not going to quote any of that here. Suffice to say it’s modern, rather tall, a bit angular, but has a decent screen presence, even at low sizes.

Mike Abbink is the creator of IBM Plex. In a Quartz interview he describes it thusly:  “Plex is about finding the quirkiness between manmade things and engineered moments and bringing that into letterforms.”

You can learn an awful lot more about the decision, reasoning, ideals etc behind the font in this short film from IBM:

The Ubuntu desktop uses the Ubuntu font, designed by Dalton Maag, a London based type foundry. It adds personality to Ubuntu, as its default font family. it’s nice, but I’ve always found it a little “blurry” looking.

So I was keen to set IBM Plex as the default font on Ubuntu to see if it made things look a little nicer. 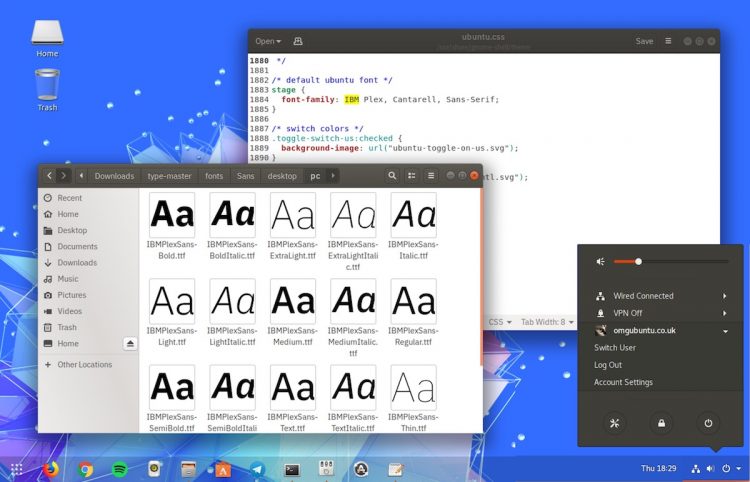 You can download a full set of IBM Plex fonts from the Github page linked below:

If you only want one or two weights/versions you can also grab the font from FontSquirrel. It should be on Google Fonts shortly, too.

To install the font just extract the zip and install the Sans, Serif and Mono PC versions using the Font Viewer app that’s included with Ubuntu.

To use the font as the window, interface, document and monospace font just open GNOME Tweaks and head to the Fonts section.

If you’re on the Unity desktop you’ll need to use the Unity Tweak Tool, which is available from the Ubuntu Software store.

If you want to change the GNOME Shell font (used in the top bar, activities overlay, menus, extensions, etc) you’ll need to perform an extra step — and heads-up: it’s not the easiest

Assuming you’re using the default Ubuntu session you’ll need to edit the ubuntu.css system file. Be aware that future updates to GNOME Shell and/or the Ubuntu theme will overwrite any changes you make.

In a new Terminal window run:

A text editor will open. Press Ctrl + F to find/jump to the first instance of the Ubuntu font family. Replace ‘Ubuntu’ with ‘IBM Plex’ and save the file.

Finally, reload GNOME Shell (or log out and back in) for the new font to take effect.

How To Video Fonts IBM

Home » How To » IBM Release Open Source Font, Here’s How To Use it on Ubuntu