With Gradio sidelined and its successor Shortwave yet to broadcast a stable release, you might be looking for a way to listen to radio stations on the Ubuntu Linux desktop.

If so, check out Odio (styled ‘odio’). This is a free Electron-based radio streaming app for Windows, macOS and Linux desktops.

Odio has super clean UI that is, to my eyes at least, somewhat inspired by Spotify’s desktop client (no bad thing). Plus, the app touts broad internal radio station support (over 20,000, apparently) and offers a couple of handy customisation options.

You can find stations to stream by country, language or tag, or by typing a keyword in to the search box. There’s also a “recently played” section.

Compared to fully featured radio players Odio is a pretty scant on features (you can’t add an Internet radio stream, or record one, or see track info on streams that support metadata).

In short, Odio is a basic internet radio player for the desktop that has a clean, attractive UI. Easy to use, users can start streaming from a roster of well-known radio stations in seconds.

Odio isn’t open source but it is free to download. You won’t find any in-app purchases or locked features either, which is always a bonus.

If you’re running Ubuntu (or another Snap-supporting Linux distribution) you can install Odio on Linux exclusively from the Snap store:

Odio on the Snap Store

To install Odio on Ubuntu from the command line run the following command in a new Terminal window:

Once install is complete, launch Odio from your system’s preferred application launcher. Therein, it’s simple enough to set up and tune in to your favourite radio stations. 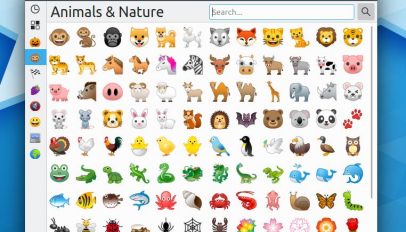 KDE Plasma 5.18 Makes It Easier to Enter Emoji
Read Next