The MintBox 3, which was announced back in July, has finally gone on sale.

The fanless desktop PC is made by established PC maker CompuLab and comes pre-loaded with the Linux Mint operating system (which just got a new release, in case you hadn’t heard).

But unlike its low-power and low-cost predecessors the MintBox 3 touts some seriously decent specs — and a price that will make your eyes water!

The MintBox 3 Basic is a pricey yet performant powerhouse encompassing a 6-core Intel Core i5-9500 processor, 16GB RAM and 256GB of NVMe storage — and yes, this is the entry model!

The MintBox 3 costs from $1399, excluding shipping and any other fees which may be applicable.

The price? A super cool $2499 — that’s more expensive than a Librem 5 USA though some may say way more functional 😆.

Both of the MintBox 3 PCs sport upgradeable memory and storage — an increasing rarity, I know — plus two Gigabit ethernet ports, built-in Wi-Fi, Bluetooth, and a raft of USB and other associated ports.

Additionally, the MintBox 3 is capable of driving 3 4K displays at the same time. The Pro is even better supporting up to 7 simultaneous 4K displays.

The MintBox 3 is houses in a sleekly designed aluminium case that doubles up as a passive cooling system. The case also sports a cute little Linux Mint insignia (no leaf shape) on the front.

Wondering how the new models stacks up against the MintBox 2, MintBox Mini and other prior devices? Compulab have you covered with this GeekBench overview:

Intersted in buying one? You can learn more about each model over on the fit-iot website. 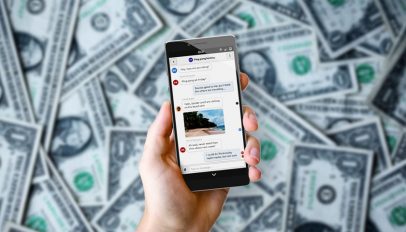 The Librem 5 Just Got Even More Expensive
Read Next