Ho, ho, hurrah — my favourite Linux video editor has a new version out and boy does it deliver a some pretty substantial improvements!

If you subscribe to the omg! ubuntu! YouTube channel you’ll know that audio is my biggest source of frustration (though since switching from my Blue Yeti mic to a different mic, people say it’s improved 💁🏻‍♂️). Naturally any improvement on the sound front is — get ready to groan — music to my ears.

The new mixer appears to offer far greater control over audio and should enable those who know-wot-dey-are-doin to craft some really immersive sound mixes — so keep an eye, and perhaps an ear, out when watching your favourite ‘nix YouTubers!

New ‘Master Effects‘ let editors quickly apply audio or video effects to ALL tracks, i.e. the entire composition. This is a really important feature that will make it much, much easier to create highly stylised edits with less effort.

A major memory issue with the timeline has been solved, and rendering thread settings have been tweaked to provide faster rendering times.

You can learn more about this release on the Kdenlive blog.

On the latter you can, as always, download the very latest version of Kdenlive as an .AppImage from the KDE website. This is a standalone binary that ships with all of the dependencies needed to run.

Note: the Kdenlive team recommend that users use the AppImage for this release as it features a couple of fixes that are not (currently) included in the release tarballs (which the Flatpak and Snap packages are built from).

With that caveat in mind, if you’re running Ubuntu (or another Linux distribution which supports Snap software) you can also install Kdenlive as a Snap app by running the following command in a new Terminal window:

Lastly, but by no means least, the editor is also available on Flathub. 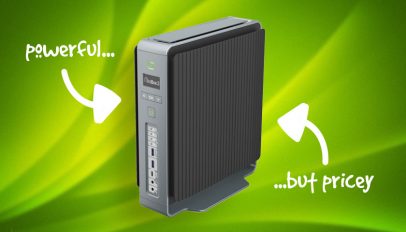