That’s according to Redditors lucky enough to be able to try the recently-launched service on their Ubuntu machines (note: it’s not available in every country yet).

Stadia is a cloud-based gaming service powered by Linux, and is advertised to work on Chromebooks (which are Linux-based machines) as well as via the Google Chromecast Ultra.

So, in a shock to that one person who was asleep most of the summer, I hear that Stadia DOES work in Google Chrome web browser on Ubuntu.

Now, before you let your eyes venture on down past this section. let me stress that I, personally, have not tried to play Stadia on Ubuntu.

And I haven’t tried to play Stadia on Ubuntu because a) I am not a Stadia subscriber (backer? founder?) and b) when it comes to gaming I still consider 32-bit consoles to be a modern fad 😆 — #snes4ever.

BUT, lots of users have been sharing their experiences on using the much-hyped game streaming service on the opinion smorgasbord we all know as Reddit.

Among them Stadia subscriber ~Xzaninou, who recounts his experience of playing Destiny on Stadia in Google Chrome on an Ubuntu machine:

“I’m on a Dell XPS 15 with Ubuntu with a good internet connection […] but when I actually tried to play for real, Destiny was unplayable,” he writes.

“I had ~1sec delay between input and game actually responding! Plus, my computer fans were going crazy…”

His issue, it turns out, is that Google Chrome on Ubuntu does not support hardware acceleration (nor does it on other Linux distros, either) — a glaring omission that we’ve mentioned on this site before.

But, naturally, this is open source and there are workarounds.

Installing a Snap version of the Chromium web browser with a vaapi (i.e. hardware acceleration) patch applied does wonders to the performance of Stadia.

As does toggling the override software rendering list flag on in chromium://flags, resulting in an eminently playable experience:

Sadly the unstable patched Chromium Snap app this user tried? It has issues with USB devices which may affect the ability to play with game pads.

Note: After this article was written gamepad API support was added to the Chromium Snap app. Using the PPA below should no longer be necessary.

One workaround to the workaround (for now) is to use saiarcot895’s Chromium builds PPA (and yes: the usual caveats about PPAs still apply).

As with anything Stadia related never overlook your network performance (be it your actual connection, your router, or your desktop config) as a factor.

Do you use Stadia on Linux? Share your experiences below! 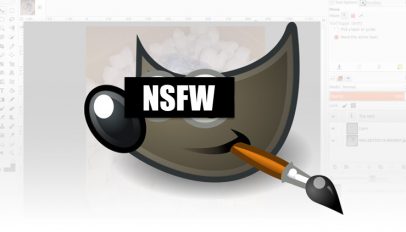