Purism has begun shipping the Librem 5 Linux phone to backers of its crowdfunding campaign — and the first hands-on impressions have begun filtering in!

Those opting to receive a handset from the early ‘Birch’ batch (several iterative batches are planned, each improving in overall quality and finesse) get their phones knowing that the software experience won’t be particularly well rounded.

So if you opened this post hoping to hear things are on par with an iPhone, prepare for disappointment.

The current software stack shipping on the phone is said to eat through battery pretty fast, can’t play audio in calls (though the phone can make them), and is presently unable to access either of the two included cameras.

But that’s part of the whole early-adopter fun, right?

Future software updates will, as Purism say, fix many of the phone’s early flaws, with software support for more hardware planned for the coming weeks and months.

Now, those of you who don’t live and breath Reddit may not know that a number of public criticisms and concerns have been raised about Purism’s ability to actually deliver the Librem 5 phone.

Former employees paint a disorganised picture, with the engineering reality of the phone being disconnected from the publicly announced ambitions. Disingenuous updates, they claim, are used to mask delays and deficiencies with the product itself.

A hype-inflating press release to announce that the Librem 5 was shipping to backers was soon popped, with it soon revealed that no-one outside of the company was actually going to get a handset!

While Purism is yet to acknowledge or deny any of claims made by former employees, it is continuing to provide positive progress reports on their blog (the latest of which tackles the comparatively high cost of the handset).

And, as of writing this post, people HAVE begun receiving their Librem 5 devices.

An AMA up on Reddit from a backer with a device in hand (whose photo I’ve embedded above, more on Imgur) shares the following:

There’s also an unboxing post from another backer which showcases the retail packaging the phone comes in, replete with quick start guide and some bundled headphones!

For the rest, there’s a bit more waiting to do before this $699 privacy-minded Linux phone will go on general sale (currently pencilled in for spring 2020.

And a ‘next generation’ model is in the works, with an anticipated release date of this time next year.

You can buy the Librem 5 on the Purism website
Want a cheaper Linux phone? Check out the $149 Pinephone
Hardware News librem phone librem5 linux phones purism 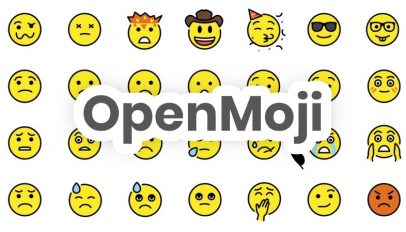