In this post we show you how to upgrade to Ubuntu 19.10 from Ubuntu 19.04, directly, with no .iso download required.

If you want to install Ubuntu from scratch (also known as a fresh install) then you do not need to follow these steps.

But if you want to upgrade Ubuntu 19.04 to 19.10 without losing your files, apps, and settings, you’re reading the right guide.

Ubuntu 19.10 is the latest short-term support release of Ubuntu. It will receive security and select app updates for 9 months. It’s due for release on October 17, 2019. There’s never an exact time.

If you’re the kind of Ubuntu user who prefers a solid and inherently stable system I recommend you install Ubuntu 18.04 LTS, which will receive on-going updates until 2023.

Otherwise, read on to discover the effort expected to emigrate the Disco Dingo to the Eoan Ermine.

The stable Ubuntu 19.10 release arrives on October 17, 2019. Whether you’re reading this post before or after the final release, we’ve got you covered.

Before you upgrade (whenever you do) I recommend creating a backup of any important files and system settings, dot files, and other cruft. Keep some ‘rescue’ media to hand should things go awry, too.

Upgrade on or after Oct 17

Shortly after Ubuntu 19.10 is officially released Ubuntu 19.04 desktop users will see an upgrade notification appear on the desktop:

This notification does not always appear to everyone instantly, and it’s difficult to say exactly how long it will take before you see it.

So if you don’t see the upgrade prompt straight away on October 17 or shortly after, don’t panic and do be patient.

But if you really can’t wait? Well then you can forcibly “check” for a new Ubuntu release using the terminal app and the following command:

Note: if automatic login is enabled you should disable it before attempting to upgrade. There are reports that leaving auto-login enabled during an upgrade will cause a login loop issue on restart.

Personally, I recommend waiting until you see the “official” upgrade, unaided. It tends to mean that the Ubuntu release server infrastructure is “ready” for you.

And don’t forget: you can always download an ISO and do a fresh install too.

This section is no longer applicable as Ubuntu 19.10 has been released. However i’ve left it here for reference (and, spoiler, you can use this to upgrade to Ubuntu 20.04 when development begins).

I always upgrade my Ubuntu system before the stable release because a) i’m impatient, and b) when millions of people are all trying to upgrade at the same, things can get a touch slow.

Now, technically speaking, if you upgrade before release you upgrade to a ‘development’ version of Ubuntu 19.10.

But since all of the various development milestones have passed, and all relevant code freezes are now in place, the development version of Ubuntu 19.10 is 99.10% the same as the final, stable release, sans a few bug fixes here and there.

Be careful; as soon as you run this command Ubuntu will check for a new development release, disable all PPAs, and fill your apt list with links to the eoan development branches.

Next, the do-release-upgrade process compares a list of local packages to the ones the upgrade will install. Pay attention to the terminal for details on any package conflicts, required package removals, and to see info about pending package upgrades and install.

Check the information shown before continuing.

If you choose to back out of the upgrade after you run the do-release-upgrade command you MUST re-enable the disco repos (19.04) in the sources list manually, as well as your PPAs, and remove the eoan ones (19.10). This will NOT be done for you when you cancel.

Forgetting to “fix” this may result in a broken system.

But if you’re happy to proceed just follow the on-screen instructions and let the upgrade take place.

Be aware that you will be prompted for input at a few points along the upgrade (typically related to whether to replace the current GRUB file with the new version) so don’t leave your system totally unattended.

Once the upgrade is complete you will be prompted to reboot.

The first boot can take a little longer than normal but, all going well, you system should come up as expected. You’ll find things mostly as they were, just a bit newer.

Tip: you can remove previously pre-installed software that is no longer included as part of the base Eoan release by running: 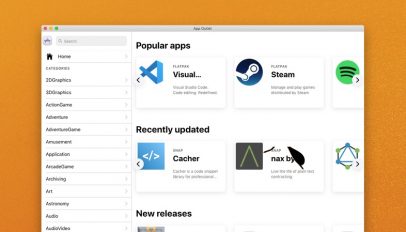