A new version of the Dash to Dock GNOME Shell extension, which you may or may not know serves as the basis of the Ubuntu Dock fork, is now available to download.

Dash to Dock v67 adds support for the recently released GNOME 3.34. This change wasn’t trivial and is said to have necessitated “significant modernization of the code base”.

As a side effect, Dash to Dock developer Michele G says support for previous GNOME Shell versions has been dropped with this version.

Don’t panic unnecessarily though as older versions of Dash to Dock are still available to install from extensions.gnome.org (EGO) for previous GNOME Shell releases.

Elsewhere, as we reported last month, Dash to Dock can now be equipped with trash and removable device icons. This feature, a nod to the Unity launcher, will be included in the Ubuntu Dock for Ubuntu 19.10.

The on-icon progress launcher used by certain apps, including Firefox, is now themeable via CSS.

Dash to Dock is free, open source software. Source code can be found on GitHub (alongside package downloads). The recommended way to install this extension is via EGO:

Get Dash to Dock on GNOME Extensions 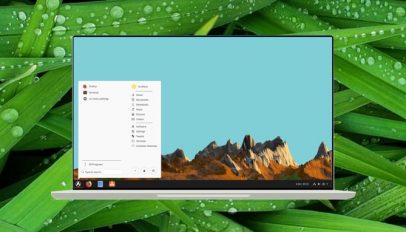