The Librem 5 Linux phone WILL begin shipping to customers in late September as planned, Purism has confirmed.

But not all of those who backed the privacy-focused smartphone during its crowdfunding campaign in 2017 will be in a hurry to receive their handset.

In fact, I reckon a lot of folks will be willing to wait until next year.

The crowdfunded Librem 5 Linux phone is ‘built from the ground up to respect the privacy, security, and freedoms of society’.

But building a smartphone from scratch isn’t easy.

In fact, it’s really rather difficult, something that Purism’s regular blog posts and updates have often made clear.

Undeterred by the weight of an industry built against their privacy-focused ideal, Purism has made admirable progress.

Citing the “high volume” and “growing demand” for the Librem 5, the company plan to ship batches of handsets to backers in a staged/staggered roll out.

Backers can opt to receive their Librem 5 phone as soon as possible, warts and all. Alternatively, they can hold off for a more refined model in a later ‘batch’.

“The iteration schedule starts in September, 2019, and the Librem 5 will be shipping in batches with incrementing codenames,” Purism told us.

“Each iteration improves upon the prior in a rapid rolling release throughout the entire first version of the phone, including the public plans for the second revision of the phone for context.“

Backers who are will to wait until the end of next year will be handsomely rewarded with a second-gen model featuring “14nm next generation CPU”, revised mechanical design, and fully fleshed out software riding atop a Long Term Support release of the underlying Linux distro.

Librem 5 Batches: What are the Differences?

Librem 5 backers might be hesitant about picking a batch without knowing the exact tradeoffs or benefits they’ll get.

Batch 1 ‘Aspen’ handsets — all of the batches are codenamed after trees, alphabetically, from A to F — provide a usable phone with complete initial board and all hardware components included.

The case, however, will be handcrafted and, Purism say, may have a “loose fit” and variation in alignment, as well as unfinished kill-switch caps.

Software-wise things won’t be super smart, app updates will need to be installed via the command line, and, more ominously, the device will tout “early power management”.

Batch 3 ‘Chestnut’ ships in December with all of the above, plus capped kill switches, “final setup”, and much improved power management.

Home » News » Librem 5 Ships This Month, But Buyers May Want to Wait 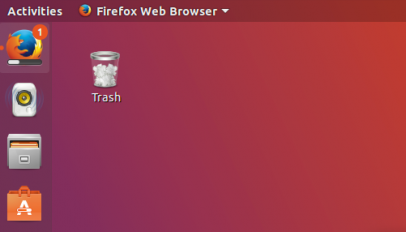