We finally have a much better look at how the Purism Librem 5 Linux phone is shaping up — and anyone worried about input lag and choppy animations can breath a sigh of relief.

The Librem 5 is arguably one of the most anticipated Linux devices of the year, especially now that it’s started shipping to backers.

So to help build on that momentum Ben Trister, chairperson on the board of Purism, has shared a “first run walk through” of the $700 smartphone in a new clip on the Purism YouTube channel.

While there are still questions to be answered (like does the battery life last more than 4 hours?) this video offers our first real “raw look” at the phone outside of stage-managed demos and selectively showcased apps.

And it’s actually a lot better than I was expecting!

Don’t get me wrong; this device isn’t cheap, it’s not super spec’d, and it has a weight of expectation riding on it because of the fact it’s the only “true” Linux smartphone out there (though more are coming).

While I personally didn’t back the Librem 5 when it was crowdfunding back in 2017 (because I’m not rich) I know that a number of you reading this did.

Hopefully, this video can assuage any worries you have — there was an unprepared demo that went into meltdown — and maybe even help you decide which shipping batch to opt for. 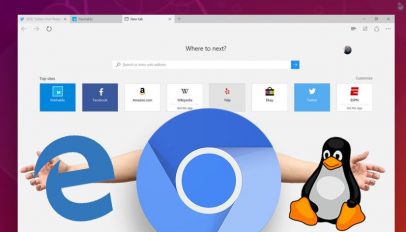