Those looking for a capable alternative to a certain well-known open-source office suite may be interested to know that a new update to SoftMaker Office 2018 is now available.

SoftMaker Office 2018 (which shouldn’t be confused with FreeOffice by SoftMaker) is the current version of this closed-source, paid-for Microsoft Office analog.

Now, although I haven’t mentioned the suite for the best part of a year, a major “anniversary update” was pushed out to the app a few months back.

That update introduced a number of changes, such as making the ‘ribbon’ interface optional, defaulting to Microsoft Office formats natively, buffing up touchscreen support, and adding in a ‘tabbed’ interface.

But the update that prompted me to write this (thanks Lou!) is a touch more modest.

A pair of service packs were pushed out to the suite’s users across Windows, Mac and Linux this month. Among the changes and improvements on offer:-

Further details on these (and previous changes) can be found in the official list of changes.

Get SoftMaker Office 2018 for Linux

SoftMaker Office is available for Windows, macOS and Linux. You can download the latest release from the official SoftMaker website:

Do keep in mind that SoftMaker Office 2018 is not free software so you will need to buy a subscription or make a one-off purchase to use it longterm.

With this in mind do take full advantage of the free 30-day trial first. For the costs of an email address you’ll get a product key that unlocks all features, albeit for a limited time, on which you can better assess its suitability.

If you like the sound of SoftMaker Office 2018 but don’t want to pay for it, I recommend checking out the latest version of FreeOffice by SoftMaker.

This is is a free (as in beer) office suite made by the same company that’s equally compatible with the latest Microsoft Office files.

FreeOffice just got a major update so do check it out! 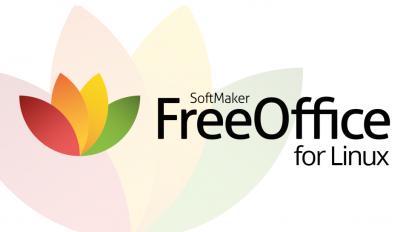