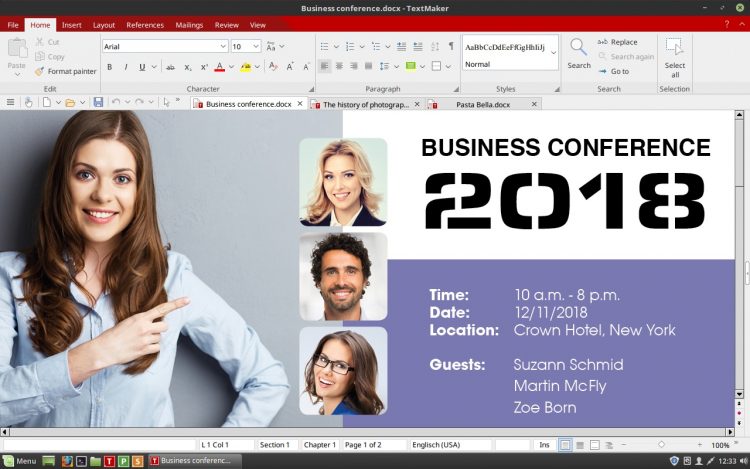 SoftMaker Office 2018 is now available to download for Linux.

The latest release of this lesser-known office suite from German developers SoftMaker has been available on Windows since late last year, but is now finally ready for Linux too.

‘There is a catch: SoftMaker Office is not free software’

Naturally there is a catch (of sorts): SoftMaker Office is not free software.

And the app shouldn’t be confused with SoftMaker FreeOffice which, as name tells you, is a free office app from the same developers. FreeOffice is a freeware version of the previous paid version.

SoftMaker Office is a paid, cross-platform alternative to Microsoft Office and LibreOffice that looks like the former, and (hopefully) works as well as the latter.

As you’d expect of  an office suites, SoftMaker has three separate apps:

All three apps use a Ribbon UI similar to the one made famous by Microsoft Office. 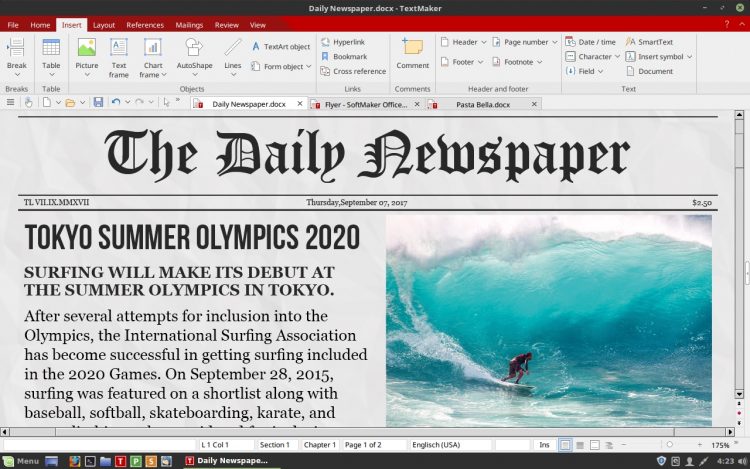 The Ribbon UI organises options, buttons and tools into contextually related tabbed groups. The grouping of  options is such that the developer say: “users who are familiar with modern office suites such as Microsoft Office 2016 will quickly find their way around.”

If the recent release of LibreOffice 6.0 with its improved (yet still experimental) Ribbon UI didn’t quite scratch your productivity itch, you may be interested in seeing if SoftMaker Office 2018 balms your needs better.

SoftMaker knows that not everyone loves the Ribbon UI. If you find the groupings don’t suit your tastes you can switch over to a more traditional user interface based around menus and toolbars.

The latest SoftMaker Office Linux release, like that available for Windows, also has native support for Microsoft document formats. You can open, edit and save DOCX, XLSX and PPTX files without first having to convert files, nor deal with formatting issues and so on. You can even open password protected word documents too (just like LibreOffice).

You can also work with multiple documents in the same window, as this update introduces support for tabs. You can even tear a tab out to morph a document into its own window.

SoftMaker Office 2018 also offers convenience for file operations on Linux desktops, making use of GNOME’s standard file dialogs (rather than its own hokey-coky versions).

There’s also an optional Touch Mode tailored to touchscreen use.

Although the suite’s pricing will put some off, SoftMaker Office 2018 is probably the next best solution for those trying to run Microsoft office 2016 using Wine.

The app is not free (it costs money and its closed source) but you do get a free test period so you can kick the tyres and evaluate how well the software works for your needs.

You can purchase SoftMaker Office 2018 for Linux from the developer’s website for $69.95. This fee allows you install the app on up to 5 separate PCs and (one imagines) a mix of opearting systems.

Existing Softmaker Office users get a discounted upgrade of $55.99 per license.

A free 30-day trial version is available to download from the SoftMaker website, though you will need to feed it an email address to get a product key.

To install Softmaker on Ubuntu just grab the installer provided on the sites above and double-click on it to prompt installation through Ubuntu Software.