You’ll be able to pre-order the Pinebook Pro — a hotly anticipated $199 Linux laptop — later this month.

The $199 PineBook Pro is probably the most anticipated Linux product of the year (sorry Purism phone) and these latest updates just add to that.

Pine64 say buyers will be able to pre-order the Pinebook Pro on July 25, 2019, from the official Pine64 website.

But in a move that may annoy some eager enthusiasts, Pine64 will give pre-order priority to members of their forum who registered before July 1.

It is unfair? I don’t think so. At the least it ensures that those most passionate about the product (and thus more forgiving of any early shortcomings) get to enjoy, kick the tyres and provide feedback.

We reported on the Pinebook Pro’s spec bump in June. Now, a few weeks later, we get to report on another notable spec upgrade: privacy switches.

Yes, Pine64’s 14.1-inch laptop will now include privacy switches to disable the internal Bluetooth and Wi-Fi module, the webcam, and the built-in microphone, all at the hardware level.

This is achieved using a special keyboard firmware (not part of the main OS) that cuts power to the relevant module when a specific shortcut key combo is pressed.

“We’re very well aware that a part of the draw of the Pinebook Pro is its core FOSS nature, which means respect for both users’ choice as well as privacy,” Pine64 say.

As well as getting pre-order priority, forum members registered before July can also benefit from a limited-time storage upgrade of 128GB (versus the 64GB eMMC on offer in the ‘regular’ retail version).

Aware that some people will want to read a review or two before deciding to part with their money, Pine64 says it has sent prototype models out to ‘influencers’ in the Linux press, YouTube and so on.

These reviews and early thoughts should, Pine64 say, begin appearing online in the coming weeks.

And before you ask, no: we’re not part of the insider group. Guess omg! isn’t cool enough 😅.

A slate of operating systems choices will be available for Pinebook Pro at launch, including a home-grown OS featuring the MATE desktop; a build of Chromium OS; and, for those who clearly haven’t experience the pain of using Android as a desktop OS before, Android.

I’d be *amazed* if there wasn’t a special built of Ubuntu MATE 18.04 LTS available for this machine within weeks of the first units being available. Call it a hunch.

Pine also report on a concerted effort to improve battery life at the kernel level. They say the tweaks they’ve implement delivers “significant improvement to battery life as well as thermals whilst having a relatively small impact on performance”.

Finally, and partly due to YOUR feedback on our previous Pinebook post, Pine64 have reconsidered their “no branding” edict. The device will now come with a Pine64 logo on the on the super (aka ‘windows’) key.

While I understood the company’s desire for a brand-free device, I’m glad the community got them to reconsider. A branded super key is a terrific little touch.

Will You Pre-order the Pinebook Pro?

To summarise, the Pinebook Pro will ship with a custom Linux OS, support for other OS, support privacy switches, and sport a funky Pine64 logo on the super key.

Remember: although the device itself costs $199 the price does not include shipping or cover any import fees you may be liable for. So plan ahead!

Phew, now you (and I) are up to speed the only question left to ask is are you planning to buy one? 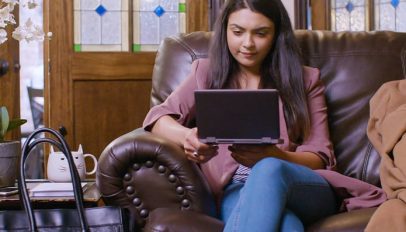