Linux Mint has confirmed plans to drop support for 32-bit release in the near future, news that will shock precisely no-one.

The good news is that this isn’t happening yet. Users can continue to download Linux Mint 19.1 32-bit, install it, and use it as normal (the perks of being based on Ubuntu 18.04 LTS, which Canonical support until 2023).

But by the time the Linux Mint 20 release arrives next year the distro will no longer produce 32-bit install media or on-going support for 32-bit systems.

“Linux Mint 19.x is already available in 32-bit and it can be used until 2023. I think most people are happy with this and dropping 32-bit releases going forward makes sense in 2020.”

My first thought when i heard this news was: “Linux Mint still supports 32-bit?!”. But it does — I even double checked!

The decision to drop 32-bit support is likely to have a greater impact on Linux Mint community given that the distro is often recommended as a ‘good OS for low end hardware’ (it’s certainly more resource efficient than Ubuntu, but for low-end machines you’d be better running Peppermint OS).

But we’re still talking a very small percentage of users that will be resolutely affected by the plan. After all, 64-bit CPUs have been around longer than Ubuntu has, and the amount of users running Linux on such machines continues to shrink.

Canonical announced plans to drop support for 32-bit packages for the upcoming release of Ubuntu 19.10, having dropped 32-bit ISOs a few years prior. But it turns out some pretty important software, like Steam and Wine, still rely on 32-bit libraries.

So a compromise was reached: select 32-bit libraries will get updates going forward, and the rest of the 32-bit archive ‘frozen’.

If you run Linux Mint on hardware that doesn’t support 64-bit operating systems you don’t need to panic — at least not yet! You can continue to use Linux Mint 19 (and 19.x releases) well into the next decade.

But to run Linux Mint after this date you’ll need to switch to a Linux distro that still provides 32-bit support (which, by 2023, may prove to be a difficult task).

Before then there’s a second major update to the Linux Mint 19.x series to come, Linux Mint 19.2, which will support 32-bit systems. 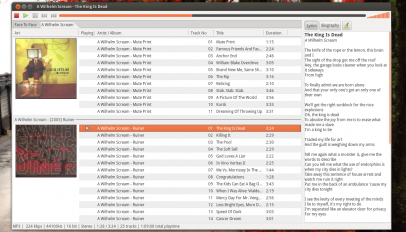