Bookworms wanting to explore the Foliate eBook reader on Ubuntu now have a selection of different install choices.

Foliate, for those unfamiliar with it, us a well-designed, well-built and well-featured GTK eBook reader for the Linux desktop. The app delivers a first-rate reading experience by focusing solely on the .epub format.

But trying the app hasn’t been as easy.

The “recommended” way to install Foliate on Ubuntu (or any Linux distro) is to use the official Flatpak build available on Flathub. While it is easy to install Flatpak on Ubuntu this is still a post-curricular task that some folks simply flat-out refuse to try.

Which is why I’m pleased to say Foliate is available to install through other means: there’s now an official Snap build up on the Snap Store; and there’s a PPA for fans who favour more traditional packaging formats.

Install Foliate on Ubuntu via PPA

It’s already possible to download and install Foliate on Ubuntu 18.04 LTS using an installer from the project’s GitHub page:

The “catch” is that there are no guarantees that a traditional installer will be produced for every future Foliate update and you need to manually go out and check for, download, and install it.

Automatically updates are an issue with the new Snap package available:

Foliate on the Snap Store

Alternatively, there’s an unofficial (yet convenient) Foliate PPA. This repository packages the latest stable release of Foliate for easy installation on Ubuntu 18.04 LTS and 20.04 LTS — giving you an easy way to try the app without busting your bandwidth on the comparatively heavy Flatpak build:

To add the Foliate PPA run this command in a new terminal window:

Followed by this command to actually instal the app:

Adding the PPA means you will get future releases of the app automatically via Ubuntu’s built-in Software Updater tool.

If you like your software a little more edgy (and by that I mean bugs, potentially) there’s even a Foliate Daily PPA producing installable builds from the latest upstream development code. 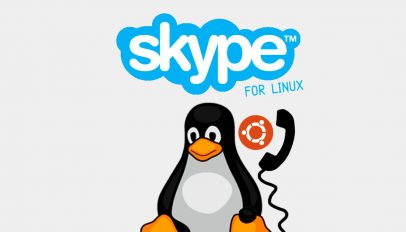 Hey Microsoft, why is the Skype Snap app hopelessly outdated?
Read Next