Last month’s news that Microsoft is putting a real Linux kernel inside Windows 10 shocked and surprised — now the tech is ready for testing.

Windows Subsystem for Linux 2 (aka ‘WSL 2’) is rolling out as part of the Windows 10 Preview Build 18917. This build is available to Windows 10 users who have opted in to the ‘Fast Ring’ of the operating system’s ‘Insider’ updates channel.

As with WSL 1, the feature doesn’t come enabled out of the box, so a little bit of set-up and prep is required to get it up and running.

But therein things get exciting (albeit potentially buggy).

WSL 2 is accompanied by a ‘lightweight utility VM’ that uses a small amount of memory on startup. The memory allocation isn’t huge, and WSL 2 itself is said to be “just as light, fast, integrated and responsive as WSL 1” — but it’s worth being aware of.

Networking in WSL 2 isn’t what it should be. Microsoft’s Craig Loewen says the plan is to: “include the ability for WSL 2 to access network applications with localhost” as soon as possible.

Full details can be found on the Microsoft ‘command line’ dev blog. There’s also a growing collection of WSL 2 documentation worth bookmarking too.

Microsoft encourages those testing the feature to report bugs and files issues on the WSL Github page.

If you use Windows 10 and you think you don’t see nearly enough “Windows Updates” screens (or you’re impatient to try WSL 2) you can join the Windows 10 Insider program by following the instructions on the Microsoft website. 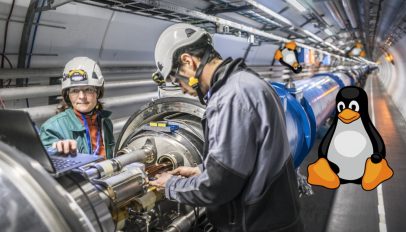