The Apollo AIO swaps the curved screen of its immediate predecessor for a flat 23.6-inch IPS LED display running at a decent 1920×1080 resolution. The screen is apparently a “crystal coated panel” that improves the appearance of colours.

Internally the AIO is configurable according to buyers needs. There’s a choice of Intel i5-8500 and Intel i7-8700 processor, up to 32GB RAM, integrated Intel UHD 630 4K graphics, and a veritable smorgasbord of storage options.

The entry level i5 Slimbook Apollo costs from €799. The base model includes 8GB RAM, a hex-core Intel i5 processor, a (rather meagre) 120GB SSD, and choice of operating system (yes, Ubuntu included).

For €100 more buyers can snag a machine with similar base specs, but a powerful Intel Core i7 taking on processor duties.

Connectivity is catered for with built-in ethernet, dual-band Wi-Fi (N or AC) and built-in Bluetooth.

Design wise the new Apollo is slim, attractive and, yes, reminiscent of another all-in-one computer from a computer company beginning with the letter ‘a’ …I just can’t quite remember which atm… 😉

If you’re interested in learning more about this machine — which all jokes aside looks good on paper — do head on over the Slimbook website to swot up:

Hardware News all in one pc slimbook 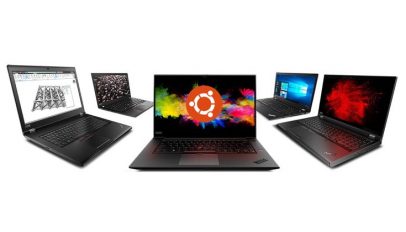 Lenovo ThinkPad P Laptops Are Available with Ubuntu
Read Next