The GNOME Foundation has been posted its 2018 annual report — and it makes for some positive reading.

The non-profit, which oversees development of the GNOME desktop and related projects, saw a major increase in its income thanks to a set of substantial donations — including $400,000 from handshake.org.

In total, the GNOME Foundation says it raised more than $1 million in income for the 2018 financial year. That’s a notable increase on the roughly $270k reported the year previous.

The uptick in funding enabled the foundation to “increase the] budget for events, hackfests, doubling of the funding for the Outreachy program, and hiring of new people in staff.“

Even with additional staff the foundations’ expenses were only up marginally on 2017, clocking in at just over $365,000.

As is the case for many projects in an open-source orbit the GNOME Foundation still relies on small contributions and donations from users.

To swot up on the full details you can read the full report in the PDF that’s lurking behind the button beneath this line of text that I’m making very long because I’m anxious that this post will seem too short without it: 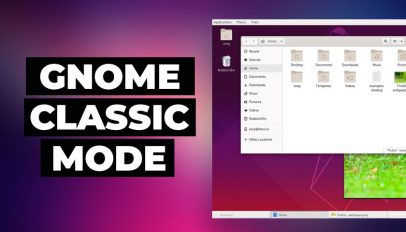 How to Enable GNOME Classic Mode on Ubuntu
Read Next