A new version of the Cinnamon desktop is tagged for release, but Linux Mint fans who favour major changes won’t be too excited by this update.

Cinnamon 4.2.0 is squarely a bug fix release that does not bring any shiny new things to the fore. Instead, the update focuses on improving the features and functions that are already present in the popular desktop environment.

Such updates may be short on excitement, but they’re always big on fit and finish.

Among the many bug fixes and resolved issues shipping as part of Cinnamon 4.2.0 is a patch that allows auto-hidden desktop panels to ‘peek’ in to view for 1.5 seconds when highlighted or selected in the panel or applet settings.

Other changes include window animation tweaks, layout adjustments, and the addition of tooltips to the workspace switcher applet.

For a fuller look at the Cinnamon 4.2.0 change-log you can poke around the directories on the Cinnamon GitHub page.

When can you get this update? It’s only just been tagged so it’s not available tight now.

Linux Mint users should be able to upgrade to Cinnamon 4.2.0 over the coming week or so. The update, like all Linux Mint updates, is distributed via the standard update archive, so no additional repos or PPAs are necessary.

The same PPA also packages the latest stable Cinnamon release for Ubuntu 18.04 LTS, which is the most recent Long Term Support release of Ubuntu and the one the Linux Mint 19.x series is based on.

Do note that, at the time of writing, Embrosyn’s PPA is not up-to-date yet, and offers the Cinnamon 4.0.9 release. However, adding the PPA now will mean you get the latest stable update (and possibly other future updates) automatically, as soon as they’re packaged, all for the price of being patient. 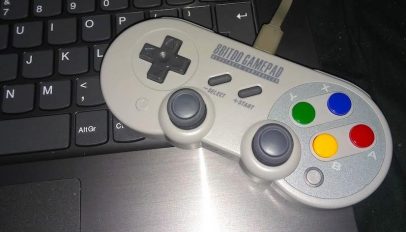 How To Update 8BitDo Firmware on Linux
Read Next