Ubuntu 19.10 will include proprietary Nvidia graphics drivers directly on the installation ISO.

Shocked? If you’ve read our roundup of the Ubuntu 19.10 release date & features you won’t be as we mentioned shipping closed-source Nvidia GPU drivers on the installation media was a ‘to-do’ list item for the ‘Eoan Ermine’ development cycle.

Fast forward a couple of weeks from initial plans and, with NVIDIA giving the nod, the move is official: Ubuntu 19.10 will ship with proprietary Nvidia drivers available on the ISO.

This addition is a first for Ubuntu, and could dramatically improve the “fresh install” Linux experience for (potentially millions of) Ubuntu users.

And gamers too, I guess!

Why is Ubuntu including closed-source drivers on its install media? To improve the overall Ubuntu install experience.

The current situation is explained in bug report as thus: “On Ubuntu desktop, without a network connection, the user can select to install 3rd party drivers (which states that it’ll install graphics driver) but even if he selects this option, nVidia proprietary drivers won’t be installed because they are not on the pool of the ISO.”

The solution is, simply, to add both mainline and legacy proprietary Nvidia drivers to the Ubuntu ISO image.

There is an increase in the Ubuntu 19.10 ISO size to accommodate the drivers, with the various packages adding an extra 114MB to the (already engorged) 2.1GB .ISO file.

Now, lest anyone panic about freedom, I should clarify that the proprietary Nvidia drivers are not enabled by default.

Instead, those drivers are simply there, ready for the system to install for those who opt to enable them.

The open-source Nvidia drivers known as “nouveau” continue to serve as the default GPU drivers on Nvidia hardware for new Ubuntu installs and “live” sessions.

Do you approve of the proprietary addition?
News graphics drivers nouveau nvidia Ubuntu 19.10 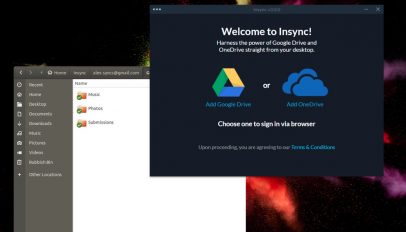 Use OneDrive on Linux with the Insync 3 Beta
Read Next