Fast forward a few months and that OneDrive support is ready for testing via a new dedicated beta build for Windows, macOS and Linux desktops.

Like Google Drive, Microsoft OneDrive is a free cloud storage service that works across multiple platforms, including mobile.

But, also like Google Drive, there’s no official OneDrive client for Linux. It is left to third-party tools and scripts, like Insync, to fill the feature void.

While Insync isn’t free to use it has been around a long time (first launched in 2012) and is generally considered to be a reliable, popular, and user-friendly sync tool.

With the launch of Insync 3 later this year the tool will level up by expanding its’ sync capabilities to support Microsoft OneDrive sync on Linux systems.

While it’s already possible to use OneDrive on Linux using several CLI scripts, a robust and reliable GUI client has long been desired by users less familiar with terminal-based tools.

As well as adding OneDrive support the Insync 3 beta also humming atop a new sync engine rebuilt from the ground up in Python 3, and dubbed “Core 3”.

Alas, it’s not all additions: InSync 3 comes with no headless mode and no command line interface.

If you plan to test OneDrive sync out do bear in mind that this is a beta, there will be bugs, and some features are yet to be implemented.

As Insync 3 is still in beta some functions are not yet available or working properly, including:

Existing InSync 1.5 users are also advised NOT to reuse existing sync folders with the beta client.

The 18.04 installer can be used on more recent versions of Ubuntu, including Ubuntu 19.04.

During the Insync 3 beta period you can sync data to and from Google Drive and/or OneDrive for free — no subscription is required at this time.

However, once the app leaves beta you will be required to subscribe to one of Insync’s various paid plan (if you don’t already) to continue using the client. More details on the extract costs will, I imagine, be made available nearer stable launch.

Which cloud storage service do you currently use?
Trying this beta? Share your thoughts in the comments

Home » News » Use OneDrive on Linux with the Insync 3 Beta 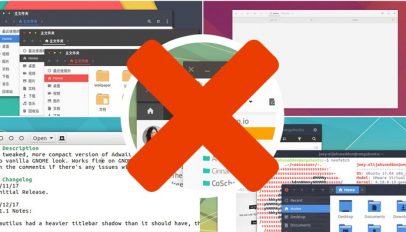